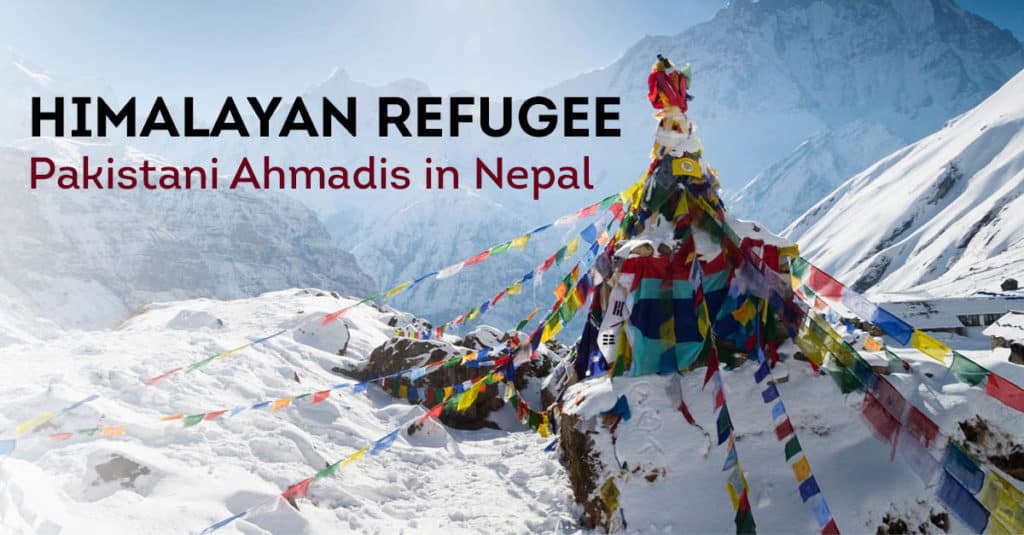 A documentary on the experience of Pakistani refugees in Nepal will be featured at the Human Rights Film festival in Barcelona on November 18th. The film covers the plight of Ahmadi refugees from Pakistan who escaped persecution in the Islamic republic and sought refuge in the Himalayan city of Kathmandu.

There are around 350 Ahmadi refugees in Nepal who have been granted refugee status by the United Nations High Commission for Refugees (UNHCR). The emotional documentary provides an insight into the life of the Ahmadi refugees and their struggle with Nepal’s immigration authorities. Nepal which is not a signatory to the UN Refugee Convention considers the refugees as illegal immigrants and imposes heavy fines to discourage the further influx of refugees.

Earlier this year the documentary won the Bronze Plam Award at the Mexico International Film festival and was recently featured at the Film South Asia festival.

‘Himalayan Refuge’ is the brainchild of Indian director Nikhil Singh Rajputt who spent two years filming it. Rajputt graduated from Indian Institute Of Technology [IIT] in 2007 and completed a film program at the University of Southern California in 2009. He says had no idea about Ahmadis until he stumbled upon an article by Deepak Adhikari in which he learned about Ahmadi Refugees from Pakistan who were seeking refuge in Nepal.

I was on my way to visit Kathmandu and on the way I read an article about Ahmadis, Prior to reading that article I had no idea about who the Ahmadis were or what was their issue. It continues to surprise people I meet when I tell them that a Muslim sect is persecuted in a Muslim country !

He says his curiosity about Ahmadis led him to a refugee colony in Kathmandu which kickstarted his two-year journey of non commissioned, self-funded work. Describing his work and the challenges he faced during filming, Rajputt said:

The biggest hurdle was gaining the trust of the Refugees which was not easy due to my nationality and religious identity. People across the board were skeptical about an Indian Filmmaker making a film on Pakistani refugees; was I a security agency employee sent to check up on the refugees? Was I a Hindu Nationalist on a mission to bring disrepute to Pakistan? Only through persistence and hard work the ice was broken. 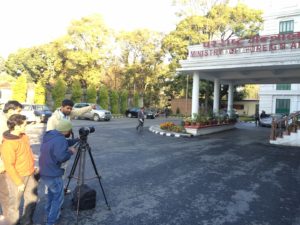 Rajputt had to go through a long list of channels of the Ahmadi community where he had to talk to representatives of the Ahmadiyya Muslim Community in Nepal, India and London before he was allowed to film the close-knit community. He says Pakistani Ahmadis helped him through the different bureaucratic procedures within the community while Nepalis helped him arrange interviews of prominent Nepalese.

Rajputt remarked, “Even the sitting Foreign Minister of Nepal was more forthcoming than the Ahmadi Emir.”

He describes how it became an obsession for him to interview key global voices for his documentary and for which he had to even sneak into event illegally. Rajputt says he sneaked into Times of India Literary Fest in New Delhi to interview the New York Times bureau chief Declan Walsh.

In the end, every one came together to do their bit for the Refugees; even the people who are otherwise very vocal against Pakistan and/or Muslims helped.

The documentary will soon be screened in Washington D.C. and will be available online later.