Germany’s oldest Mosque to be renovated 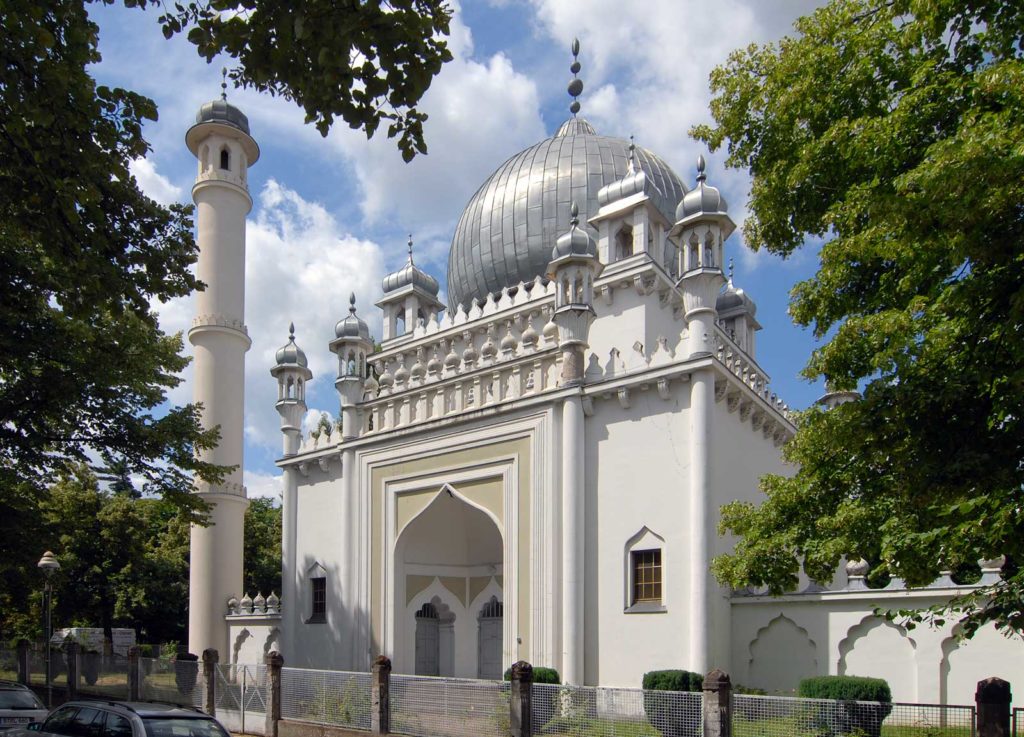 The oldest mosque in Germany is being renovated step by step.

Built-in 1928 Berlins Ahmadiyya Mosque is considered to be the oldest surviving mosque in Germany. it can accommodate nearly 400 visitors and is located in the Wilmersdorf district in the south of Berlin. 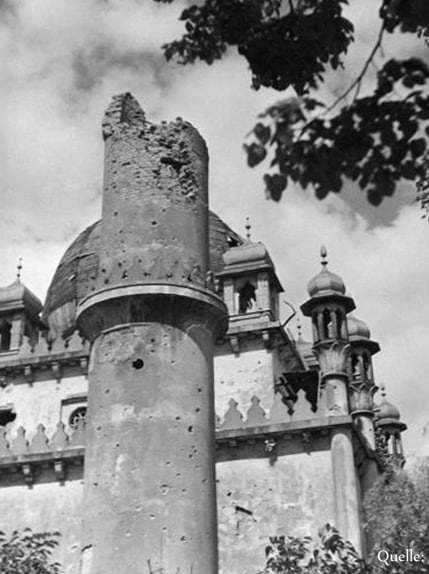 The mosque has two minarets, each 35 meters high, and a 26-meter-high dome 10 meters in diameter, and fascinates with oriental elements whose design language is based on Indian models. The building was built in the mogul style and does not conform to the then European architectural style. However, the building material and technology were adapted to conventional German solid construction, so that the mosque combines exotic influences and German tradition: brickwork, beamed ceilings, and a wooden roof construction are combined with decorative crimson, minarets, rich colors in the interior and ornamental stencils on walls, door frames, and columns.

The architect Karl Alfred Herrmann, about whom only a little information is known, was in charge of designing the Wilmersdorf mosque with the design for an even larger central mosque in Charlottenburg, which, however, could not be realized for financial reasons.

During the Second World War, minarets, dome, and the Imam House suffered severe damage. Over the coming decades, occasional repairs were carried out, which, however, sometimes caused major structural damage. Beginning in the mid-1990s, the complex was gradually refurbished, including the rebuilding of the two minarets. 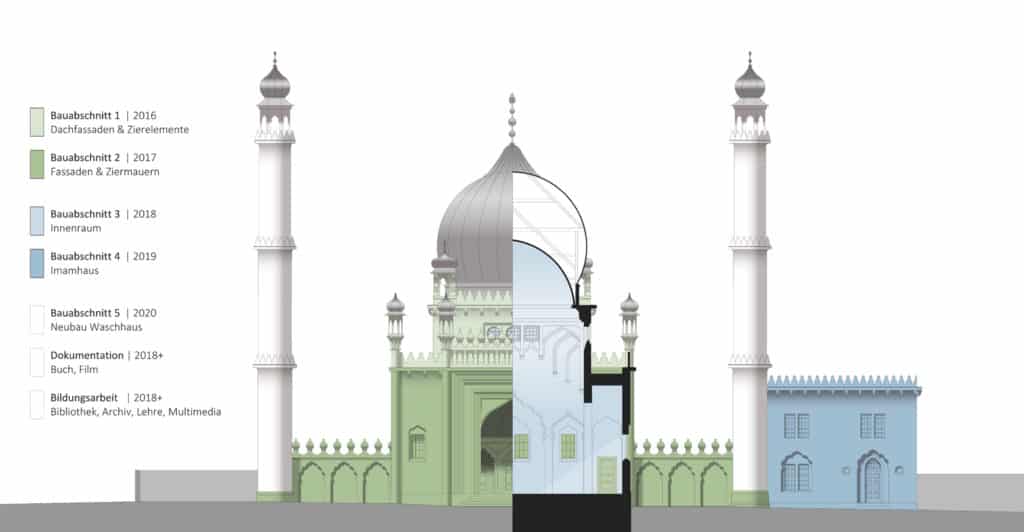 Since 2014, D: 4 architecture company has been entrusted with the further renovation of the mosque. The flat roofs of the dome were provisionally sealed. With the financial support of the Landesdenkmalamt, the ornamental elements and facades of the mosque roof levels are currently being redeveloped in the first development phase. In the coming years, the exterior renovation of the mosque will be completed step by step and later the mosque interior and the Imam House will be rehabilitated. 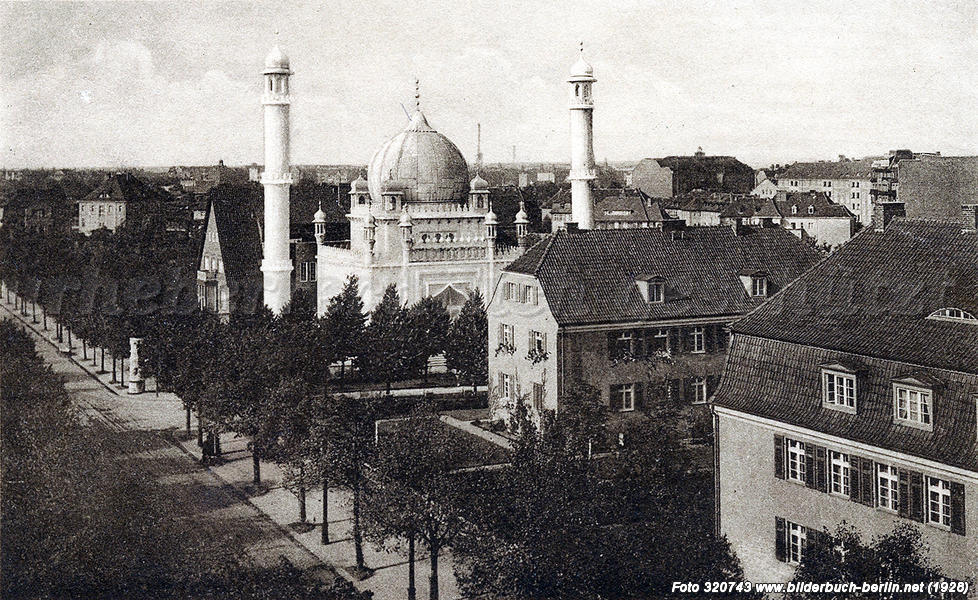 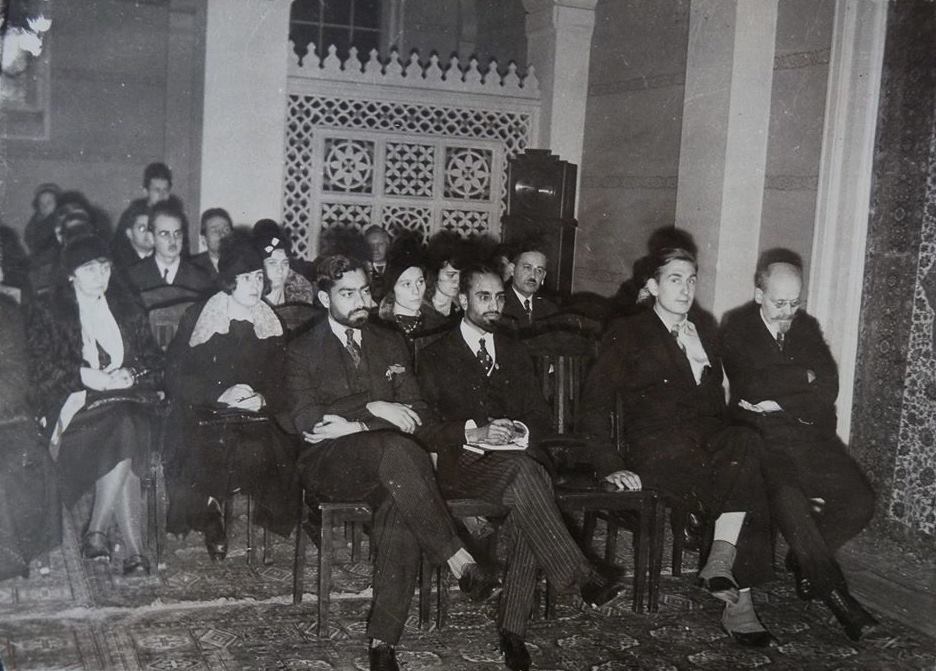 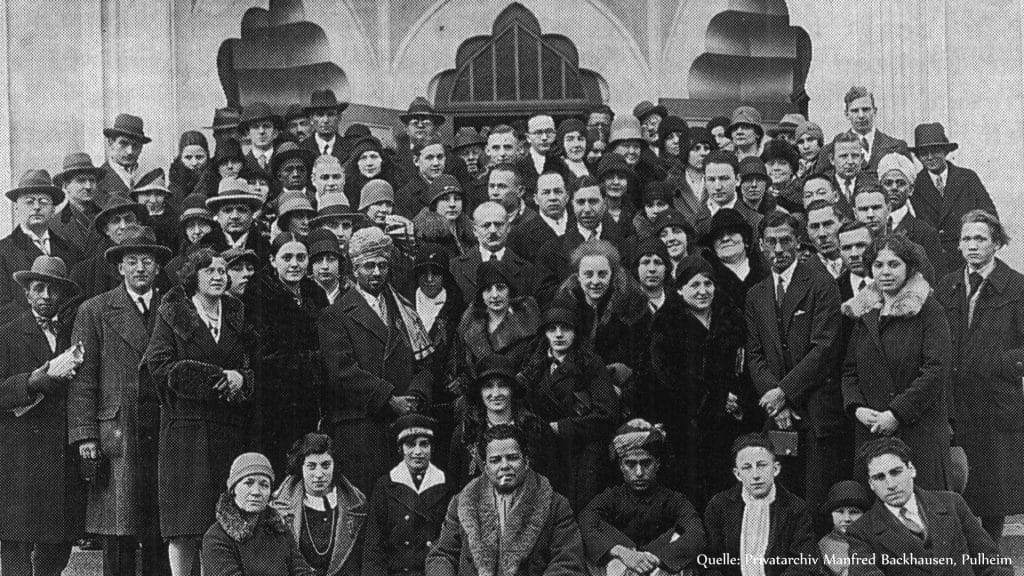