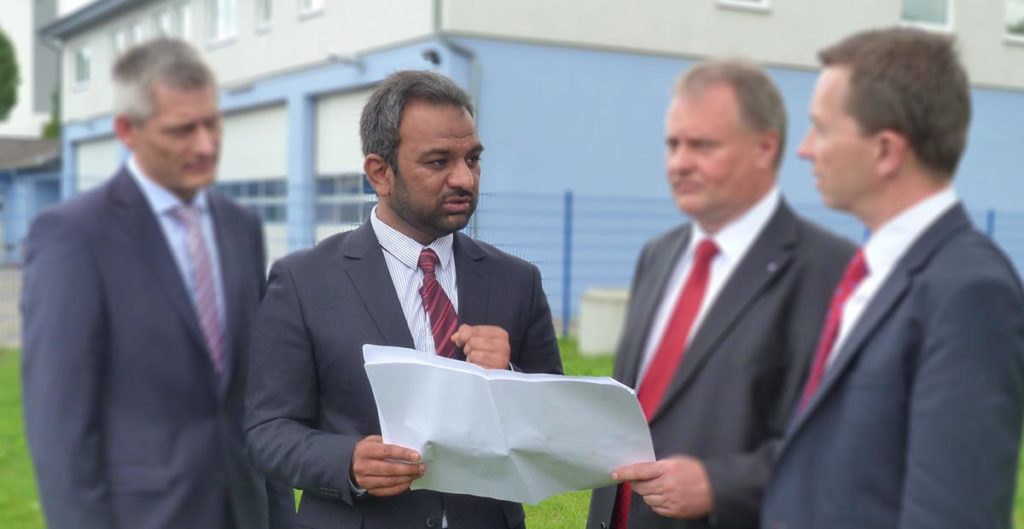 According to Police, a spokesperson for Germany’s Ahmadiyya Muslim community was attacked on Tuesday evening. The attacker who is thought to be a 40 to 45-year-old man shouted xenophobic slogans and praised the rightwing AFD party.

33-year-old Suleman Malik who is of Pakistani origin was racially abused and attacked on Tuesday at around 7PM between the city center and main Station in the town of Erfurt. The attacker mentioned AFD Leader of Thüringen and said: “You do not belong in our country,”. Malik is a spokesperson for the Ahmadiyya Muslim Community in Germany. The rightwing AFD party has objected to the community’s proposed construction of the mosque which will be “about the size of a two-family house,” .

Malik who has lived and worked in Erfurt for 17 years said “That was one of the worst attacks that I have ever experienced…..Hate speech is the cause of such attack”.

On the other hand Co-founder of Germany’s right wing party, AFD is supporting the construction of the Mosque in the German city of Erfurt. He said Religious Freedom is a fundamental right in the german society. He believes that people of all faiths should have religious freedom and it is their right to build a place of worship.

Lucke showed his disappointment at the direction of the AfD which he believes is undermining fundamental rights granted by the German constitution.

Analysts say he made a significant move by coming to Erfurt. In Erfurt Lucke met with representatives of the Ahmadiyya Muslim community on the planned site for the mosque in Marbach. He was surprised by the offbeat location and small size of the proposed Mosque.

“I find it a bit embarrassing for us as Germans, that the Ahmadiyya community has to build [the Mosque] in a place, where the building can not be seen, A mosque should not have to be hidden” stated Lucke.