A prominent Pakistani Shia rights activist has come under fire after her views against a persecuted Muslim sect were made public.

Gul e Zehra Rizvi who is the central president of Imamia Student Organization (ISO) has been active in organizing protests against the targeted killing of Shia Muslims in Pakistan. Rizvi has been trying to raise awareness against ‘Shia Genocide’ and has called for action against the outlawed sectarian outfit ASWJ (Ahle Sunnat Wal Jammat) which along with other extremist organizations is responsible for deadly attacks on the Shia community of Pakistan. 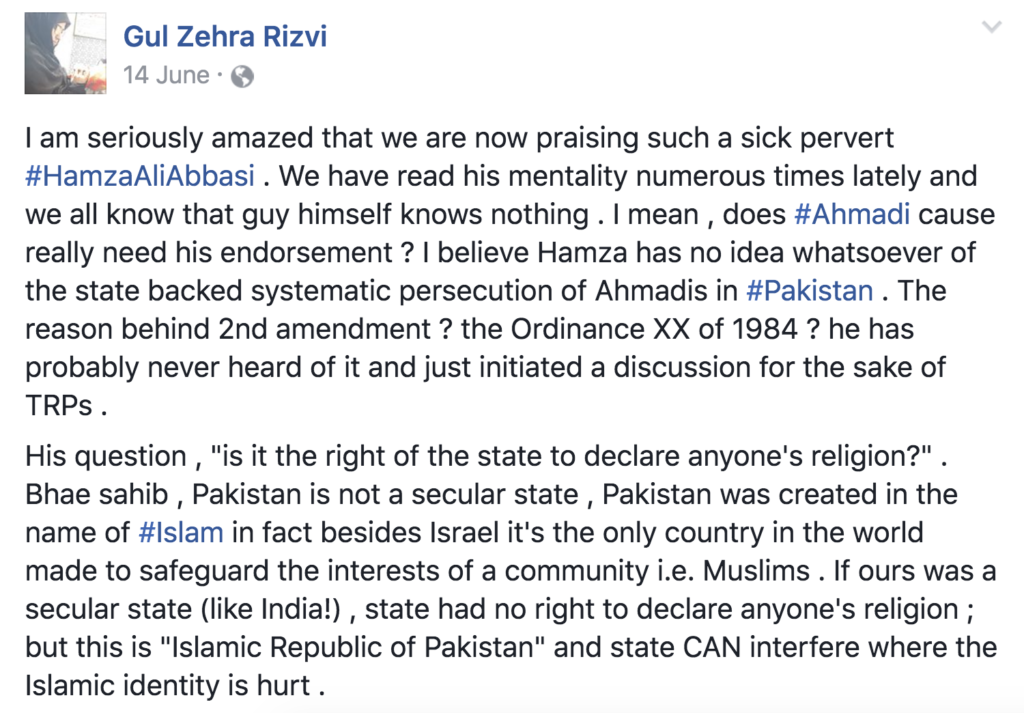 However, her credibility as a rights activist has been questioned after an old Facebook post came to light in which she implied that Ahmadis were Infidels (Kafir) and showed her support for Pakistan’s discriminatory anti-Ahmadiyya laws.

In her facebook post from June, she claimed that actor Hamza Ali Abbasi was a ‘pervert’ for speaking up for Ahmadi rights on TV. Pakistani law declares Ahmadis as infidels and prevents them from performing their religious duties in an Islamic way. The law is almost identical to the claim made by Sunni extremists against Shias who want them declared Kafir (Infidel) by law just like the Ahmadis.

In support of the discriminatory law which has been compared to anti-Jewish laws of Nazi Germany, Rizvi said

After other rights activist and the author of this article confronted Rizvi, she said would not comment on the Ahmadiyya faith and refused to condemn what has been described as the ‘State Sponsored Persecution of Ahmadi Muslims’.

“When I say (Ahmadi) rights, this does NOT mean declare Ahmadis as Muslims” 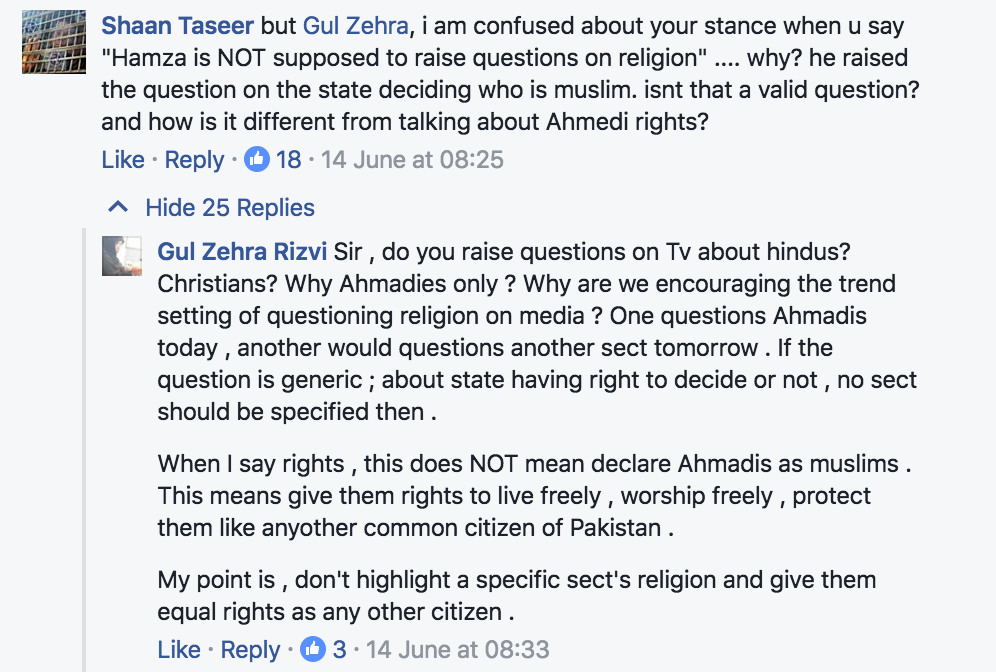