Pakistan’s police on Sunday charged a toddler and five others for holding an “illegal gathering” and “promoting sectarianism.” 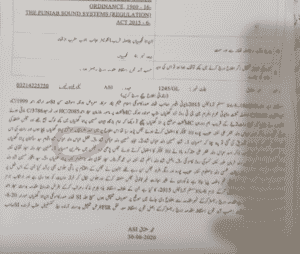 According to the charge sheet, 4-year-old Fazal Abbas and two others hosted an illegal Majlis (gathering) on the night of August 30th at the Aiwan e Hussain Imam Bargah in the village of Purana Ghanian. The village is located in the Kamoke municipality of the Gujranwala district.

The charge sheet also accused the three organizers and six attendees for promoting sectarianism by hosting and attending the “illegal gathering.” They have been charged under Punjab’s Sound Systems Regulation Act of 2015, which regulates the use of sound systems.