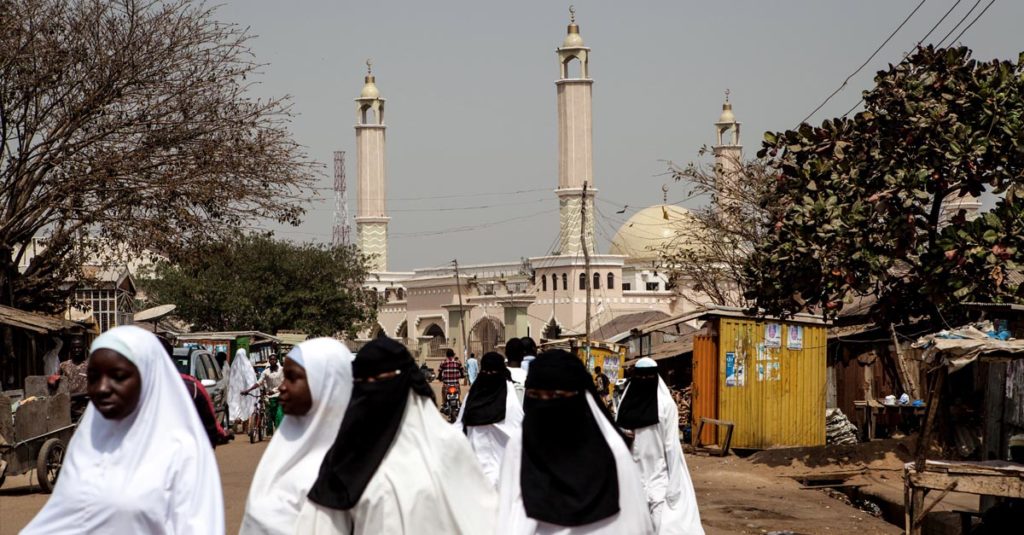 The subject of blasphemy, as it concerns Islamic personages or symbols, has become more visible in recent times especially in countries or regions that pride themselves as adhering to the Islamic faith, no thanks to the attendant jungle justice that have been meted out to alleged ‘blasphemers’. Nigeria has a blotted history of violence arising from allegations of blasphemy. Blasphemy is regarded as the utterance of words or actions considered unworthy or impious in respect of beings or things that are held sacred, for instance saying something that could be termed an insult or show of contempt, to things or people held sacred by religionists. The question of blasphemy is as old as man. Different religions have their sacred beings or objects against which their faithful followers would welcome no unbecoming utterances or actions. Just as it is in Judaism, so it is in Christianity, Islam, Hinduism, Sikhism, Buddhism, as well as other religions of the world. For instance, it is considered blasphemous to eat the meat of cows in Hinduism.

In Islam, the most prominent figures are Allah the Almighty, His Prophet (peace be on him) and the sacred Book of Holy Qur’an. Anyone suspected to disparage any of these figures today, is counted as an enemy and could be attacked by extremists. In other words, blasphemy is regarded as an offence that is punishable at the hands of any extremists through the instrumentality of jungle justice as witnessed in recent times. The truth is that neither Allah nor the Prophet had vested in anybody the power or authority to punish blasphemy. The extremists have taken over the role of Allah in apportioning punishment to perceived erring members (or, as they call them, infidels) of the society.

No Punishment for Blasphemy in Islam

While the Holy Quran admonishes against blasphemy, it does not specify any corporal or even worldly punishment for the ‘offence’. Rather, the Qur’an enjoins patience and forbearance and dignity. The instruction of the Quran when confronted with a situation where someone uttered a blasphemous statement against them or things they hold sacred is to say: Peace! “And the servants of the Gracious God are those who walk on earth in a dignified manner, and when the ignorant address them, they say ‘Peace!'(Q 25: 64).

Most of those who support worldly punishment for blasphemy usually quote the Quran out of context, probably oblivious of their disservice to the noble religion of Islam. The truth is that the Quran advocated physical combat only when a real war had been waged against Islam and Muslims, and disorder was being created in the Community, yet at that the Qur’an says that there shall be “a disgrace for them in this world, and in the Hereafter they shall have a great punishment.”

“The reward of those who wage war against Allah and His Messenger and strive to create disorder in the land is only this that they be slained or crucified or their hands and their feet be cut off on alternative sides or they be expelled from the land. That shall be a disgrace for them in this world, and in the Hereafter they shall have a great punishment.” (5:34).

This verse is clearly about those who wage real war against Islam. Even today, there is no law, secular or religious, that says belligerent persons or states should be left alone when they attack. In this sense, what is preached is defense rather than offense so as to keep such community in existence.

Another verse usually bandied is as follows:

“Those who annoy Allah and His Messenger – Allah has cursed them in this World and in the Hereafter, and has prepared for them an abasing Punishment” (33:58).

It is quite clear in this verse that no specific punishment is prescribed rather, the final decision is solely the business of the Creator noted as “… and in the Hereafter, and has prepared for them an abasing Punishment”. So, the punishment is left for the Hereafter.

Some people have also bandied a few Hadith (sayings attributed to the Prophet’s words or actions) around that seem to support meting out punishment to blasphemers. However, such ahadith, like the one that said a Jewess was strangled to death by someone on account of abusing and disparaging the Prophet, and the one that Ka’b was provoked to blaspheme the Prophet and then killed, are rather weak, and most importantly contradict the position of the Holy Qur’an, as well as the established practice of the Holy Prophet. As such, those ahadith cannot be relied upon as proofs of corporal punishment for blasphemy. This position is informed by the fact of the order of interpretation of verses or statements whereby the Holy Qur’an is accorded priority over any other sources. So, wherever such sources contradict the Noble Book, the Qur’an is held supreme.

In Islam, obedience to the holy Prophet (sa) or any other authority, is derived from the Holy Qur’an. Sunnah is neither supreme nor equal to the authority of the Holy Qur’an; the two merge into one. In this sense, it is rather derogatory or ‘blasphemous’ to the Holy Prophet (sa) to ascribe to him any word or deed which in any way, contradicts the Qur’an. The Holy Qur’an itself asserts its supremacy in the following verses:

“We have sent no Messenger but that he should be obeyed by the command of Allah… (Qur’an 4:65)”

“O ye who believe! obey Allah and obey His Messenger and those who are in authority among you…”(Q4:60).

The Prophet (sa) thus bears witness to, accepts and believes in every word of the Quranic teachings in completeness.

It is instructive to note that the Prophet (sa) endured more blasphemy than we can even cope with today but, he was never advised in the Holy Qur’an to respond in the like manner. The Holy Prophet (sa) was enjoined to exercise patience as found in the following verses:

“And when they hear vain talk, they turn away therefrom and say: “unto us our works and unto you your works. Peace be to you. We seek not the ignorant.” (Q28: 56).

“And revile not those whom they call upon beside Allah, lest they, out of spite, revile Allah in their ignorance. Thus, unto every people have We caused their doing to seem fair…” (6:109).

“And bear patiently all that they say; and part with them in a decent manner. And leave Me alone with those who reject the truth… Surely, with Us are heavy fetters and a raging fire.” (73:11-13).

In his lifetime, the Holy Prophet (sa) was subjected to both verbal and physical humiliations by the pagans. In the beginning of his Ministry, he was almost killed before migrating to Medina, yet he did not come back to avenge the humiliation, even though he had all the power.

In the following verses, the Prophet (sa) was molested in various forms:

2. stigmatized as a man ‘possessed’

In contrast to these derogatory remarks and torments, his personal reactions were all exemplary in complete adherence to the teachings of The Holy Quran.

One of his regular tormentors was a woman who used to regularly visit the mosque with dirt. At a point in time, the Prophet (sa) noticed the woman was no longer coming and enquired about her. He was told she was suffering from ill health. In line with the teachings of the Holy Qur’an, the Prophet (sa) made arrangement to visit her, offering his services in her household chores. What we have on record is the Prophet’s instructions that: “You do not do evil to those who do evil to you, but you deal with them with forgiveness and kindness.” (Sahih Bukhari).

This explains that even perceived or real enemies should be shown compassion as much as possible.

Punishment for Other Crimes

The Holy Qur’an strictly limits the punishment for any crime committed by any member of the society irrespective of their affiliations. A recurring theme in the Holy Qur’an, in respect of punishment for crimes, is forgiveness where such is capable of reforming the offender. Following are few verses in this regard:

“And if you desire to punish the oppressors, then punish them to the extent to which you have been wronged; but if you show patience, then, surely, that is best for those who are patient.” (16:127).

“These will be given their reward twice, for they have been steadfast and they repel evil with good…” (28:55).

A cursory examination of the above verses would show the clear position of Islam and the Qur’an in apportioning punishment.

So, the Holy Qur’an neither prescribes punishment nor supports punishing anyone for alleged blasphemy. Islam is a religion of peace and those who perpetrate evil in its name neither represent the peaceful religion nor help its cause in the least. It is a religion that emphasizes forbearance and forgiveness.

Therefore, any extremists who act in contravention of these golden teachings of Islam should be held personally responsible for their infamous acts and Islam should be removed from claims. A religion that teaches peace cannot be held responsible for the uncivilized actions of few adherents. It should equally be borne in mind that such extremists are found in almost all religions of the world in varying degrees. The current hues and cries against Islam, though fuelled by the extremists, is mostly a media war by some bigots from other religions.

Had Allah Himself wished to punish mankind for each of our sins, there would have remained none on the surface of the earth.

“And if Allah were to punish men for their wrongdoing, He would not leave on earth a living creature, but He gives them respite till an appointed term; and when their term is come, they cannot remain behind a single hour, nor can they go ahead of it.” (16:62).

Taofeek Ajibade
Taofeek Ajibade is a teacher and an Islamic Scholar.He is also a member of Muslim Writers' Guild of Nigeria. He is HOD Social Science at Muslim International School, Iwo, Osun State, Nigeria. @     Facebook