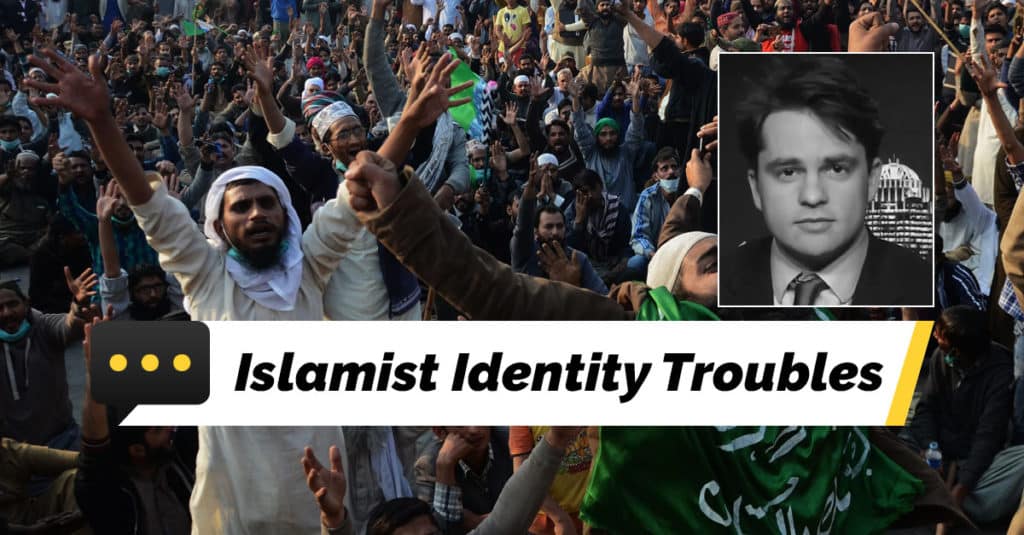 When officials at the Islamic Center of Southern California (ICSC) told prominent imam Khaled Abou El Fadl that his invitation to give the Friday sermon at the mosque had been rescinded, he was furious. Before a small group of his own supporters at the Usuli Institute, he launched an hour-long attack on ICSC officials, at times screaming with rage and repeatedly stabbing his walking stick into the ground. He condemned the ICSC as “mute devils,” “idiots” and “authoritarians.”

What exactly did the ICSC do to make El Fadl so furious? According to the enraged imam, he had told the ICSC of his intention to give funeral prayers for the late Muslim Brotherhood leader Mohamed Morsi, and offer a sermon about Morsi’s death and the ostensible evils of the current Egyptian government that kept him imprisoned. An ICSC official then reportedly told Fadl that “not everyone views these events in the same way,” and the ICSC “avoids taking sides.” An internal ICSC message also noted that El Fadl had, to the supposed dismay of ICSC officials, previously presented sermons on similar issues, “sparking immediate and significant outburst by some Egyptian members of the Center.”

El Fadl rejected their response. “You have killed our religion,” he spoke of ICSC officials before his own congregation. “Allah is ashamed to look at you” and your “decrepit, immoral intellectual legacy.” He even went so far as to deem ICSC staff as “not Muslims” – an extremely serious accusation within Islam, often used by Islamists to justify violence. El Fadl placed particular blame on Egyptian “immigrants” at the Center, stating that the ICSC brings the “same authoritarian and despotic garbage that immigrants bring from back home – that rotten, rotten mentality.”

Some Egyptian Muslims, it seems to El Fadl’s fury, do not share his unwavering commitment to Egyptian Islamism.

Several American Islamists welcomed El Fadl’s attack on the ICSC. Hussam Ayloush, who runs the Los Angeles branch of the Council on American-Islamic Relations (CAIR), stated that it was “shameful” El Fadl’s was uninvited after “sharing that he would offer a prayer and speak about the injustice that led to the murder of President Mohamed Morsi.”

Local California Islamists agreed with Ayloush’s take, with one claiming the ICSC “made their beliefs known a long time ago. Hated anything to do with MB [Muslim Brotherhood].” A second commentator questioned the idea that ICSC has always opposed Islamism, noting that the “two late Dr. Maher and Dr. Hasan Hathout, may Allah have mercy on them, supported MB [Muslim Brotherhood], and they gave many khutbas [Friday sermons] at the center.”

In most cases like this, community squabbles are perhaps not worth reporting. But the ICSC is not just a mosque, it is also, essentially, a key component of the Muslim Public Affairs Council (MPAC), one of the most prominent Islamic organizations in America. In fact, MPAC started as the “political action committee” of the ICSC, before establishing its own legal entity in 1988. The child soon outgrew the parent, but their leadership remains heavily intertwined, with both organizations sharing board officials and staff. Hasan and Maher Hathout, for example, were leaders in both organizations.

MPAC is today treated as an important moderate influence within American Islam. Its events attract American’s better-known congressmen, journalists, law enforcement officials and celebrities, with figures such as George Takei even serving on MPAC’s advisory council. In Silicon Valley, tech companies rely on MPAC to assist with the topical question of “hate speech.” MPAC officials are now even found in star-studded Hollywood crowds, advising directors and production companies on the portrayal of Muslims in film and television.

Anti-Islamist groups and conservative journalists, however, have long insisted that MPAC deserves a closer look. In 2010, the Investigative Project on Terrorism (IPT) published a detailed report that illustrated MPAC’s Islamist origins, its ideological links to the Egyptian Muslim Brotherhood, the extremism and bigotries of its officials, and its steady defense of terror-financing entities.

But it is noteworthy that in recent years, MPAC has moved away from the overt Islamism of its former friends. While groups such as CAIR continue to invite extremist clerics to address crowds on a weekly basis, imams are a rare sight at MPAC events these days – instead encouraged to offer apolitical sermons at the ICSC. And while CAIR continues to hire officials that incite hatred against Jews, and other minorities, MPAC’s recent hires speak warmly of meeting Israelis, and denounce Islamist anti-Semitism. And while MPAC condemns attacks on Ahmadiyyah Muslims, one CAIR leader endorses a movement that encourages such attacks.

Is MPAC and its network moving towards non-Islamist, moderate Islam? Or is it simply rejecting the overt Islamism of its founders, and keeping to a more subtle approach instead?

This is a surprisingly difficult question to answer. Certainly, some of the hardline inaugural members of the ICSC and MPAC remain at the helm. Current MPAC President Salam Al Marayati, for example, once praised Hezbollah’s terrorism as “legitimate resistance.” Just after the 9/11 attacks, Marayati stated that Israel might be responsible, arguing it could be an Israeli conspiracy that “diverts attention from what’s happening in the Palestinian territories so that they can go on with their aggression and occupation and apartheid policies.”

Today, Marayati continues to partner with prominent Islamists, such as CAIR head (and pro-Hamas activist) Nihad Awad. In June, Marayati wrote: “It was good to stop by and chat with Nihad Awad, the Founder and CEO of CAIR. I’ll be serving on a task force on Security of Houses of Worship and will rely on his expertise on civil rights to ensure the best results for the community. We are banding together for the cause of justice!” Earlier this year, Marayati was also happy to attach his and MPAC’s name to a letter in support of Rep. Ilhan Omar signed by prominent Islamist leaders, in the wake of accusations that Omar had spread anti-Semitic tropes.

However, while personal Islamist friendships blossom, professional ones have reportedly wilted. Under the Obama administration, MPAC was closely involved in efforts to shape counter-extremism policies. Its 2013 report, “Safe Spaces Initiative,” was cited often by the Department of Homeland Security when it was drawing up the Obama administration’s own counter-radicalization initiatives. CAIR meanwhile, vigorously opposed all CVE efforts (a division noted and discussed in CVE circles)

Salafi activists vigorously opposed MPAC’s efforts as well, objecting to MPAC’s suggestion that radicalization can be product of takfir – the Islamist practice of declaring a Muslim outside the faith (as Khaled Abou El Fadl well knows).

But are these genuine divisions, or are they contrived? Everything MPAC is doing could conceivably be part of a more careful Islamist agenda. In Europe, the practice of extremists involving themselves in counter-extremism work has been extensively cataloged. They do it for the same reason that anti-Semitic, anti-Ahmadi Islamists take part in interfaith work: to legitimize themselves as ordinary Muslim leaders, and possibly acquire funding along the way.

Over the past few years, MPAC’s events certainly seem designed to give the organization credibility and prominence. MPAC does not just naturally attract the support of Hollywood stars, White House officials and congressmen; it seeks them out using an annual award ceremony at which these persons are honored.

Among these honorees, lesser known, less moderate figures can be found. This year, alongside a Justice Department official and Congresswoman Zoe Lofgren, MPAC is also honored Debbie Almontaser, a leading Islamist activist and teacher in New York, and Mehdi Hasan, an Al Jazeera journalist and a fixture at American Islamist conferences. Unlike many of the rabble-rousing clerics found at CAIR events, however, Almontaser and Hasan are acclaimed professionals – the acceptable faces of Western Islamism.

Similarly, at its annual “Media Awards” in April, alongside various Hollywood figures, MPAC honored Karen Attiah, the Washington Post opinions editor, for her work with Jamal Khashoggi, the Qatari-linked Muslim Brotherhood activist and writer murdered by the Saudis last year.

Soft Islamism accompanies everything MPAC does. It seems MPAC is not a genuine voice of moderate Islam in America, but it has become extremely good at convincing others that it might be. Some have noted this duplicity in the past – Daniel Pipes concludes that while other Islamists stick more closely to their private principles, MPAC has long said what is necessary to gain public support.

As we have written before, there is currently a fractious debate within American Islam over the extent to which Muslims should embrace liberal ideas and rhetoric. Salafis in particular have expressed concern that partnerships with progressivist activists and organizations has genuinely led young Muslims to embrace “LGBT” rights and other typically left-leaning causes that sharply conflict with Islamist ideals.

For El Fadl and others, MPAC and its network are one such example, although few have gone so far as to declare them outside the fold of Islam – an accusation that is bound to cause further, irrevocable division. We must not, however, treat the denunciations of someone as extreme as El Fadl as evidence that MPAC and the ICSC are now moderate partners. Morsi may have been banished from the pulpit, but he can still be found in the back office.

But what if wolves in sheep’s clothing are so convincingly dressed and so committed to the role that they raise a flock of actual sheep? ICSC and MPAC may have trouble persuading the next generation of Muslim supporters and congregants, brought up on the public benign face of MPAC, to understand such carefully managed, intricate duplicity. Khaled Abou El Fadl certainly didn’t.

Pakistani Minister says life in danger after being called ‘Qadiani’