Huzur said that with the grace of Allah the French Jama’at has been enabled to build their first ever mosque. May Allah make this mosque a strong foundation for building further mosques which may not have any legal impediments and may the members of the Jama’at be also infused with a spirit of sacrifice to build more mosques.

Huzur said the construction of this mosque has certainly proven that if one is resolute Allah removes impediments in the fullness of time.

Many centuries ago Muslims came to France through Spain but they faced difficulties. Huzur said materialism had become the dominant factor for them and they had to retreat. However the weapon of love, affection and prayers that the Messiah of Muhammad (peace and blessings of Allah be on him) has been given is a most purposeful weapon and wins hearts and can never be turned away and its effect is life-infusing. 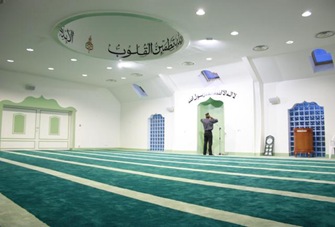 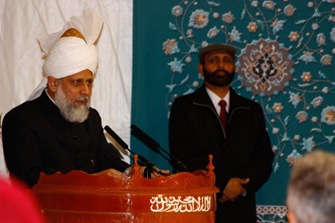 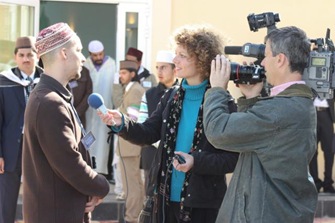