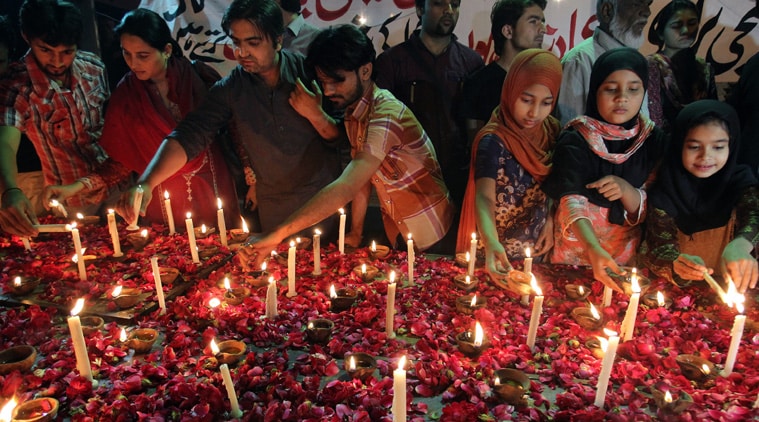 According to US commission report on International Religious Freedom(USCIRF-2018), Pakistan has failed to protect its minorities. The US State Department named Pakistan as the first, and only, country on its “Special Watch List,” not only because of its hatred against religious minorities. But Pakistan is a country of particular concern, due to oppression against women, freedom of speech and controversial blasphemy laws.

Increased involvement of religious extremist parties particularly Tehreek-i-Labbaik Ya Rasool Allah (TLYRA) led by Khadim Hussain Rizvi, has been playing a leading role in and spreading hate speech and provoking sectarian violence against minorities, it adds. They highjacked the whole country for number of days while sitting in the capital of Pakistan. At the end of the protest, a military person was seen distributing money to the protestors in a video, which gives the impression that army seems to be more powerful than the civil authority. Rather than controlling terrorism itself, civilian government has handed over this task to military. Who has been accused of violating civilian rights.

It further reported that, in spite of the presence of laws and PEMRA (Pakistan Electronic Media Regulatory Authority), media houses and channels have continued to spread discrimination. Popular show host such as Amir Liaqat has endangered the lives of progressive activists by accusing them of blasphemy, and has declared Ahmadis “enemies of Pakistan and Islam.

The report also highlights the controversial blasphemy laws, destruction of worship places and massacre of minorities. These laws have been misused in the name of religion and continually being used to persecute innocent non-Muslims. It is worth mentioning that last year, blasphemy laws were made public against those progressive bloggers who have been challenging the role of Army. The government has failed to revoke or bring any changes in this sinister law, despite its misuse.

Ahmadiyyah muslims only make up 0.22% of the population of 207,774,520 which is less than five hundred thousand but remain most persecuted. US governments urges the government of Pakistan to repeal its blasphemy and anti-Ahmadi laws. The report special mentions the case of the case of Abdul Shakoor, an 80-year-old Ahmadi bookseller imprisoned since 2015 on blasphemy charges.

It was noted all women continue to be victims of exploitation, rape, honour killings, and acid attacks without being able to bring their perpetrators to justice. They are given lesser opportunities for education and employment.