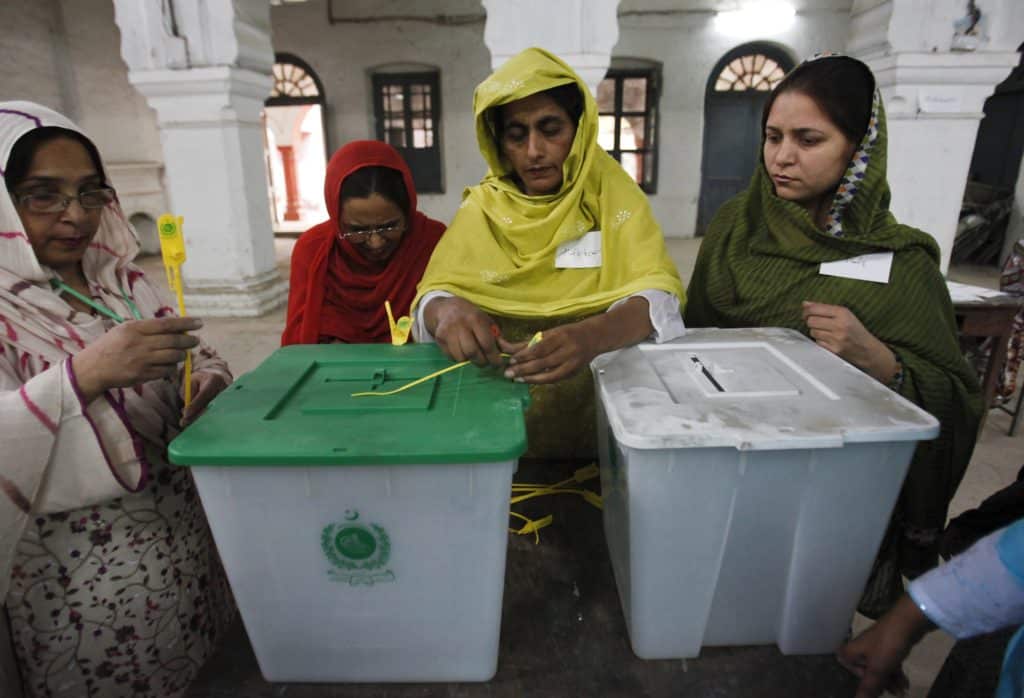 27years of my life, multiple elections I have seen but never found my parents going on the election day to cast their vote. Confused and indignant at the same time, tried to figure out the actual issue. The only answer I could get get was “we can’t vote because we are Ahmadis (Qadiyanis as per 99.9% Pakistanis). So after much research I found two major facts in this regard and to my shock hardly people are aware of them and for me these are the basics of persecution of any minor community.

Ever since Zia ul haq took over, the joint electorate system was changed to separate electorate, which means during elections, Pakistani citizens were divided on the basis of their religion and because Ahmadis are constitutionally non Muslims hence they would be listed amongst the non Muslims. Changes were made during General Musharraf’s reign but were of no good for the Pakistani ahmadis due to the much hue and cry made by the religious fanatics who always considered ahmadis as a threat to their faith. And since then ahmadis are the only pakistani minority for whom separate electorate system still exists. Separate lists are made by NADRA in this regard exposing their names and addresses , bringing a great risk to their lives.

All the other minorities are given joint electorate system with the exception of Ahmadis. This means even if the Ahmadis vote, their vote will be of no use and can only help an Ahmadi candidate to win and apparently there is no Ahmadi representative. Moreover of an Ahmadi wants to cast the vote, he/she will have to cut all knots with the Prophet Mohammad (P.B.U.H) and will have to accept being a non Muslim. This is surely not acceptable for any Ahmadi Muslim and hence they prefer not to vote rather then losing their faith.

During the election 2018 campaign, I couldn’t find even a single popular political party or politician man enough to talk about Ahmadis. Most of them tried to play religion card by spreading religious abhorrence against Ahmadis and the rest always answered with diplomacy. This was a great deal of disappointment for young ahmadis who want to live in Pakistan and serve their motherland. Infact this time the elections are more about spreading religious discrimination against ahmadis rather then talking about empowerment of the citizens.

Unfortunately ahmadis are not even considered as a minor community by most of the politicians but a group of traitors who according to them must not even exist. Among all this stood up a hero, who spoke for every minority and did not push ahmadis out of the circumference of a minority deserving the basic rights. The hero is none other than Jibran Nasir who inspite of so much backlash by the molvis remained impregnable and followed his word of not hurting the feelings of any religious group.

Someone we all wanted to vote for, someone who could represent all the groups irrespective of cast, creed and religion. Multiple mob attacks on him just for not abusing ahmadis yet he did not go back foot. And with this I realized how much ahmadis are being hated in this Holy land made in the name of serving minorities. If people could hate a man only for supporting ahmadis, if they could plan up mob attacks against him, what kind of treatment can we expect towards that particular minority. And that is when young ahmadis like me regret not being granted the right to vote as we all want young leaders like Jibran , not rotten , old school of though religious slaves to lead the younger Pakistanis.

I being an Ahmadi will not be utilizing my vote this elections as well, not because I want to boycott, but because it is unacceptable for me to vote on the obnoxious grounds provided to us by the government. Being a Pakistani I would want to vote with full dignity, when I will be considered as a first class citizen and provided with the right to vote like any other Pakistani.