ONE of Australia’s best known Italian clubs will be turned into a mosque under a plan being considered by Charles Sturt Council.

The Veneto Club in Beverley , Adelaide plans to move to a smaller site in the western suburbs after dwindling membership forced it out of its Toogood Ave base.

The club will sell the 3.3ha site to the Ahmadiyya Muslim Association Australia.

But the deal requires rezoning approval from the council to change it from a community centre to a place of worship.

Veneto Club secretary Robert Griffante said member numbers had dwindled from more than 700 when the club opened in the 1970s to 220 today.

“There is a lot of sadness that we have to leave but our membership is getting older and older and we are struggling to attract younger members to the club,” Mr Griffante said.

“The current site is just way too big and it is not feasible for us to stay there.”

He said the club’s board had identified several suitable places to move to but would not reveal them until the sites were discussed with members.

Ahmadiyya Muslim Association Australia president Manzoor Khan said the association was attracted to Beverley because of the high level of multiculturalism within Adelaide’s western suburbs communities.

“Lots of different nationalities have made the area their home and we are looking forward to joining them,” Mr Khan said.

The association, which has about 400 SA members including children, plans to participate in a variety of events beneficial to the community such as Red Cross blood donation drives and Clean Up Australia Day.

“We intend to bring peace, love and service to the community.”

Mr Khan said he expected up to 200 worshippers to attend the mosque on weekends but no music, alcohol or audible praying would be allowed. 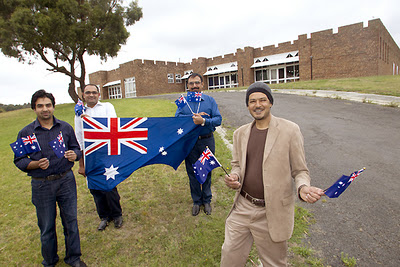 News that the Veneto Club is likely to relocate comes just days after the Italian Embassy announced it would close its consulate in Glynde from March next year.

According to the 2011 Census, almost 4000 Charles Sturt residents were born in Italy and more than 6000 listed Italian as their first language.

The Veneto Club hopes to move into its new premises by mid to late September.