The Ahmadiyya Muslim Community Bangladesh marked its 100 year anniversary by holding its Annual Convention (Jalsa Salana) in Dhaka on Thursday.

The Convention was moved to the community’s headquarters in Dhaka after the previous venue in Gazipur’s Kaliakoir upazila was attacked by two to three thousand Muslim extremists on 6th February, The mob led by fanatical religious clerics from ‘Jamaat Islami’, Khatm e Nabuwat and other groups, entered the stadium and set the area alight.

According to  National Ameer of the community Mobasherur Rahman the attackers were provoked by a Pakistani cleric’s anti-ahmadiyya speech.

“On February 3, the Pakistani Cleric Hanif Jalandhari and some others delivered instigating speeches against us [Ahmadis]. After their speeches, a tense atmosphere was created in that area,” 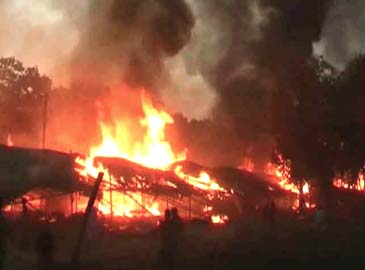 Meanwhile at the new venue in Dhaka around 700,000 people joined in the celebrations, including representatives from Australia, Canada, Germany, India, and Pakistan.

Moulana Mahmud Ahmad, special representative of the supreme head of the worldwide Ahmadiyya Muslim Jama’at Hazrat Mirza Masroor Ahmad, opened the inauguration of the convention calling upon all to follow ‘the true Islamic teachings’.

He urged all to respect the present Imam of the Ahmadiyya movement which he said was ‘imperative’ as it was described in Sura Juma in the Holy Quran.

He said the claim of Mirza Ghulam Ahmad, founder of Ahmadiyya Muslim Jama’at, to have been the Promised Messiah is not fraudulent.

“The advent of Promised Messiah (as) was foretold by Hazrat Muhammad (sm) is true,” he said. 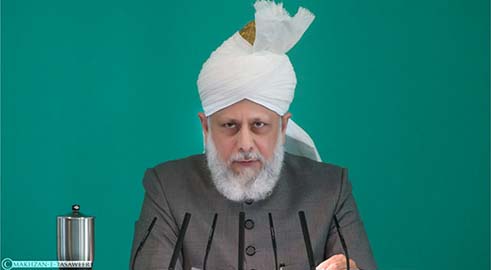 The Khalifa of the worldwide Ahmadiyya Muslim Jama’at strongly condemned the attack and referring to the extremist clerics who led the attack as the “so-called flag bearers of Islam’, prayed:

“May Allah punish the so-called religious scholars for their hatred and evil acts.”

Ahmadiyya Muslim Community was founded in India in 1889 and in Bangladesh it was established in 1913.