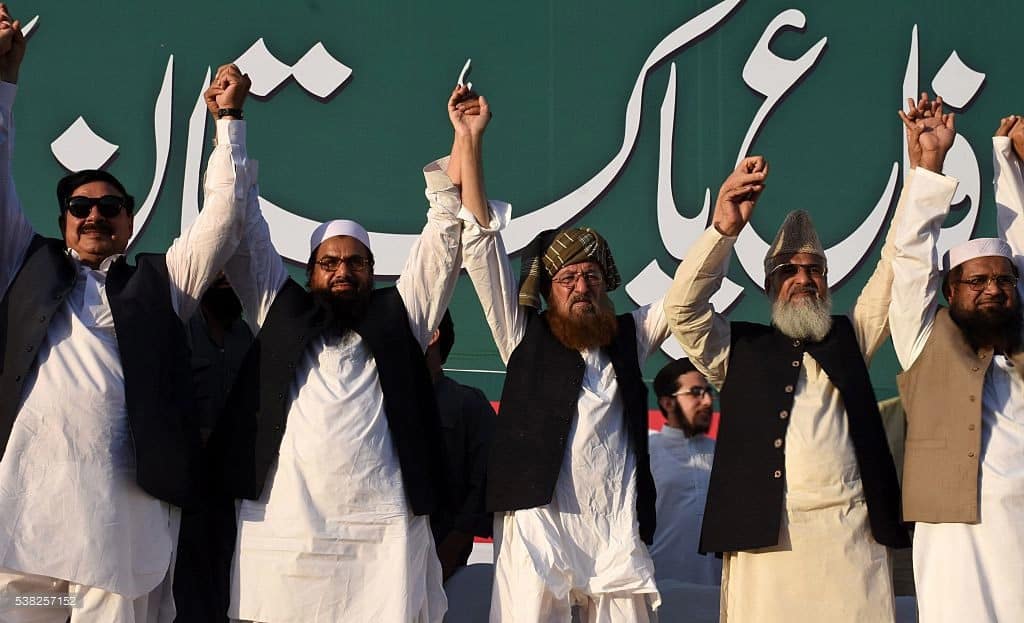 A Canadian-Pakistani newspaper is set to host a senior Pakistani politician who ran Jihadi camps from his farmhouse. Sheikh Rasheed, President of Awami Muslim League ran a training camp for Kashmiri separatist militants from his farmhouse on the outskirts of the capital Islamabad.

Rasheed who is a member of Pakistan’s national parliament is set to speak at Swagat Banquet Hall in Mississauga on October 30th. The event is being hosted by Urdu Times, a weekly Urdu language newspaper which came under fire earlier this year for publicizing an event celebrating a blasphemy killer Mumtaz Qadri. Qadri was hanged for killing the former governor of Punjab Salman Taseer. 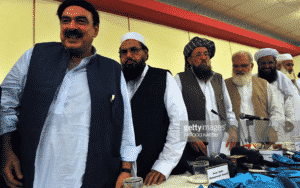 During a speech, Rasheed who has a history of supporting Islamist parties praised Qadri and called him a ‘Martyr’, while during a tv interview he claimed Qadri was a “political power” that should not be underestimated and that Qadri’s supporters would vote for him. He boastfully stated that he along with his family had also attended Mumtaz Qadri’s funeral.

Waqas Gondal, a real estate broker and editor of Urdu Times who is organizing the event says that Rasheed has been given clearance by the Canadian Embassy and they are aware of his speeches. Gondal enjoys considerable support within Canada’s Liberal party and has been pictured with Mississauga Mayor Bonnie Crombie and MP Iqra Khalid at different events.

In 2005, Kashmiri Liberation Front chairman Yasin Malik stated that Sheikh Rasheed had the ‘honor’ of having trained around 3,500 jihadis in guerrilla warfare. During an interview with Pakistan’s DAWN TV, Rasheed was questioned about his role in supporting Kashmiri militants, He said:

The host further asked Rasheed if he regretted supporting the Jihadis, He answered “No” and explained:

“Jihadis do not need any help, now the time is gone, now they are self-sufficient. Still, they are a force and a very strong force in the country.” 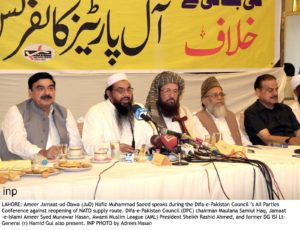 The Canadian tour by Rasheed comes just days after he made a fiery speech in the Pakistani parliament against any changes to the ‘KhatmeNabuwat’ law. The laws prevent members of the severely persecuted minority Ahmadi community from taking part in the electoral process. In his speech to the parliament, Rasheed warned the “secular” and “western appeasers” to reverse any changes to the law or face the wrath of Islamist parties and their supporters.

In a social media message Rasheed warned ‘seculars’ who wanted to abolish the discriminatory anti-Ahmadiyya laws, He said:

“It will be tough for similar minded (secular) people to even live in this country, Those who even have thoughts against the finality of Prophet Muhammad, We will make it difficult for them to even live in Pakistan, Praise to Allah”

Rasheed’s message was directed towards Ahmadis who believe in another Prophet after Muhammad and do not believe that Prophet Muhammad was the last prophet. The Ahmadis face a constant threat both from the state and from Jihadi organizations like those supported by Rasheed.

While speaking to a Difa e Pakistan rally, he said:

“I have recently become a follower of Hafiz Saeed”

“I came here to pay my respects to Hafiz Saeed……Sami ul Haq on behalf of the martyrs…….. I am a sinner but I have come here to a gathering of martyrs and may be due to this God will forgive my sins. You are the voice of Islam, today the Caliphate started from Egypt, Yemen, Jordan, Bahrain, Kuwait and it is spreading.”

“Previously America took me off the plane and deported me, now after my picture with you (Hafiz Saeed) comes out they will even ask me to give up my passport. ” [ref] 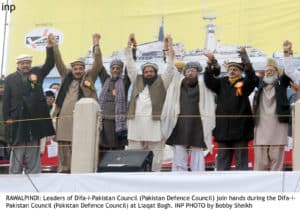 In 2012 Rasheed was detained by U.S. authorities allegedly for his support of Kashmiri militants. In 2014 he was stopped from traveling to Canada, although he did visit Canada a year later, in 2015. In a later interview Rasheed claimed:

“Cases have been opened against me due to what I have said on TV, Britain has also opened cases against me and America has even stamped a full ban on me that I can’t even fly above its airspace. The reason is that all these people are watching TV.”

In 2012, JuD leader Hafiz Saeed appealed “all Muslims brothers” to and force the Ahmadis to cease all acts of worship in Rasheed’s hometown of Rawalpindi.

For comments, we emailed Toronto Police Chief, Canadian MP Iqra Khalid, Mississauga Mayor Bonnie Crombie and Canadian Immigration Services. We did not receive any response to our emails at the time of publishing.