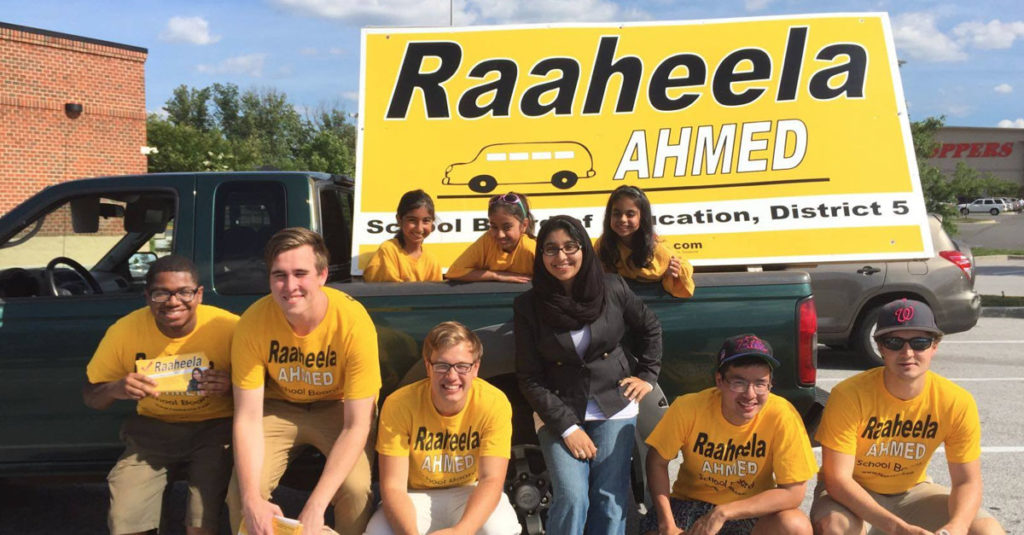 Even though the U.S. presidential race has been dominated by anti-Muslim & anti-immigrant, rhetoric, many Muslims and immigrants have emerged victorious in local level elections across America.

Raaheela Ahmed, a 23-year-old Pakistani Indian American from Maryland has won the District 5 school board race in Prince George’s county by defeating longtime school system administrator Cheryl Landis, 57 percent to 42 percent. Ahmed, whose father is from India and mother from Pakistan unsuccessfully ran for the same post four years ago as an 18-year-old. 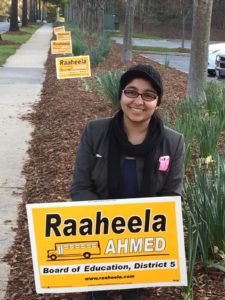 Ahmed’s victory is surprising in many ways, She is a minority in a district which has about 80% African American population, 15% White and 5% others. The victory was also particularly difficult for her as most of the political leadership, which consisted of about 40 elected officials decided to support her opponent. But, surprisingly Ahmed, received an endorsement from former RNC Chair Michael Steele, who resides in her district. This meant a Muslim candidate who was endorsed by a black republican and received a considerable amount of support from republican voters won in a district which is 80% Democrat.

Ahmad, who is a University of Maryland graduate has previously served as a federal financial consultant for the Department of Homeland Security and was appointed by Maryland Governor Martin O’Malley (D) to serve on the University System of Maryland Board of Regents.

“It’s pretty amazing to feel all this love and support. I feel very blessed. This is really about our community speaking up, On the same day Donald Trump was elected as president of the United States, a young head-covering Muslim woman was also elected to serve as a public official. I think that speaks volumes about the diversity of American opinion, and that the American dream is still well and alive.”