In what seems to be a first-of-its-kind visit, an openly Gay Ambassador joined Muslims at Scandinavia’s largest Mosque for an open dialogue.

Artur Wilczynski, who is the Canadian Ambassador to Norway was welcomed to Bait-un-Nasr Mosque in Oslo, Norway by members of the local Ahmadiyya Muslim Community. Built in 2011, it is the largest mosque among Scandinavian nations.

Wilczynski, who was born in Poland is one of the first openly Gay Canadian diplomats. He was appointed as Canadian Ambassador to Norway in 2014. Prior to this, he was the Director General of Canada’s International Security and Intelligence Bureau at the Department of Foreign Affairs where his responsibilities included counter-terrorism, combating transnational organized crime, human smuggling, and international defense relations.

Ambassador Wilczynski said it was an honor to visit the Mosque and learn about the work done by the Ahmadiyya Community in Norway. The Mosque congregation presented him with a copy of the Quran (Muslim holy book) and thanked him for his visit. Traditionally, the Ahmadis have always welcomed members of different communities to their Mosques.

In June, when a gunman open fired on a gay bar in Orlando, USA, members of the Ahmadiyya Muslim Community came together to pray for victims and invited members of the LGBT community to join the prayer vigil. 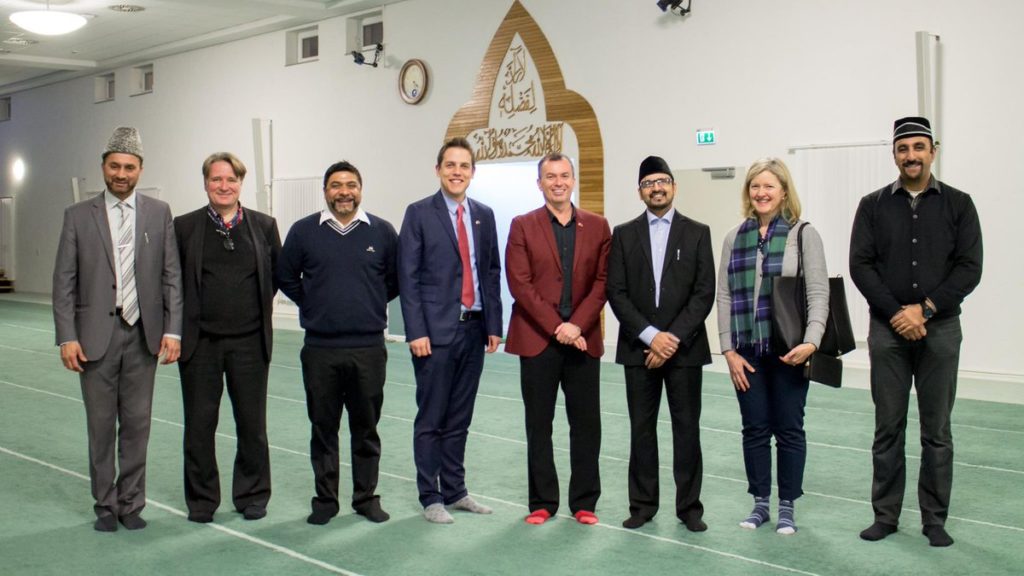