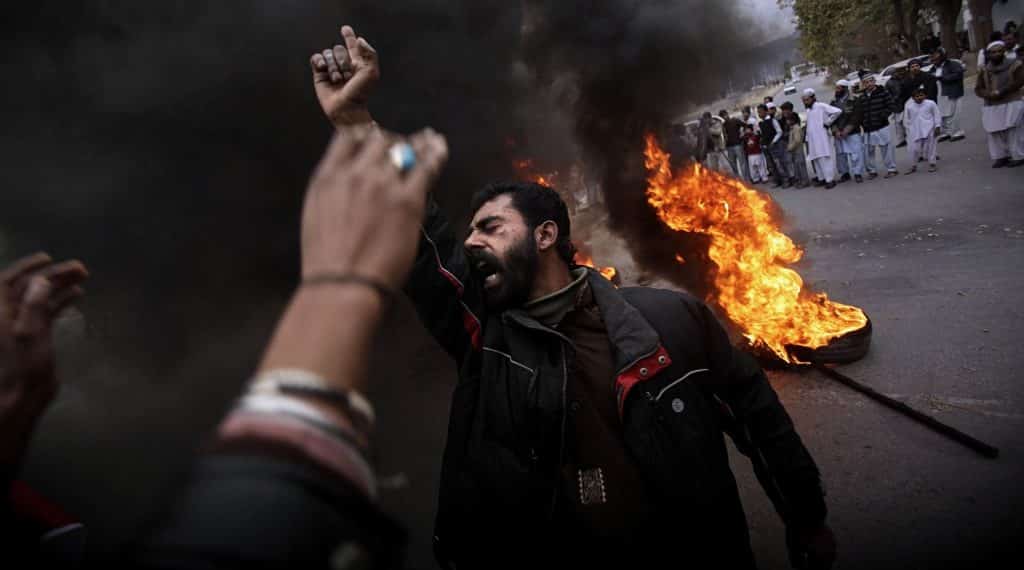 We are at the eve of the long-awaited day of general elections in Pakistan. There is a continuous effort by almost all political parties to justify their position on Ahmadis in turn to validate their own faith. This has become the central theme by all lead politicians with the unique exception of Jibran Nasir who has refused to talk about religious affiliations during his campaign. In this process of reclaiming Islam many politicians have uttered vile and hateful declarations against the Ahmadi community including the PTI leader Imran Khan.

This hatred-filled atmosphere has a very serious impact on the day to day lives of Ahmadis in Pakistan who are otherwise just as ordinary citizens of the country as anyone else could be; working hard across all professions to put daily bread and butter on their tables. Moreover, the Islamabad High Court Judge Shaukat Siddiqui has recently passed a judgement further exasperating the plight of Ahmadis in Pakistan. He ruled in a manner by which he infringed upon the very basic human rights of this small community in the name of protecting Islam. Such discourse promotes hatred and hostility against Ahmadis ultimately resulting in violence.

This violence is both overtly and covertly justified by religious right and at times by moderate elements in pursuit of some glory for the cause of religion. Ahmadis are currently living day in and day out under the fearful shadow of this background.

As an Ahmadi, I want to restate one last time at the eve of elections the impact of this discourse. It is important to note here that Ahmadis are not voting in this election because the set-out rules overstep their right to self-identify. These rules discriminate them by excluding on religious grounds from common electorate. Therefore, it is understandable that no political party feels for a natural responsiveness to satisfy Ahmadis and thus all have shown a ‘don’t care’ attitude. Nevertheless, as an Ahmadi I must stir the collective conscience of people and the political leadership.

Both my parents and grandparents migrated in 1947 to seek a better life in this homeland we all fought together under the leadership of Muhammad Ali Jinnah. We came here by investing all our desires, aspirations and dreams. We arrived in this new land after sacrificing all material possessions. While on the other hand the staunch opponents of Ahmadi community such as Majlis-e-Ahrar were opposed tooth and nail to the cause of Pakistan. They neither sacrificed for this homeland nor invested in its dreams and aspirations. We, Ahmadis, did. It is noted in the 1953 Punjab Disturbances report that all those opposing Ahrar and allied groups transformed themselves after partition of India into various Finality of Prophet (Khatam e Nabuwat) associations with the sole purpose to oppose, harass and persecute Ahmadis.

We are living under the constant fear and terror of these anarchist groups ever since. There had been escalations of these targeted harassments during various periods in history; notably in 1953, 1974, 1984 and 2010. After each cycle of violence these hate groups sustained an unrelenting aggression of attacks on Ahmadi worship places, homes, businesses and murdering innocent Ahmadis. General Zia ul Haq in the 1980s gave this violence a lawful basis via penal codes 298 B and C. This state sponsored persecution continues till today.

This included my maternal grandfather Professor Dr Muhammad Yaqub Khan, a British trained doctor specializing in Radiology and Radiotherapy. He founded the first Radiology and Radiotherapy unit in Pakistan at Mayo hospital Lahore treating cancer patients. This unit was inaugurated by eminent Lieutenant General Wajid Ali Khan Burki in 1962, the maternal uncle of Imran Khan who at the time was Health Minister in Ayub Khan’s cabinet. I can count on my paternal grandfather, many uncles and numerous other family members who extraordinarily contributed to the civil services and banking sectors during those early years.

They were all proud Pakistanis who toiled hard for making this nation great. Despite being almost a one hundred percent literate community these days the discriminatory laws make it impossible for Ahmadis to seek opportunities in government and private jobs. The social stigma attached with community, propagated around the year, is solely one sided without giving much opening for Ahmadis to make a rebuttal or to clarify.

I share some recent sample incidents to express my contention. For instance, two weeks ago, an Ahmadi husband and wife living with their three disabled daughters in a suburb of Lahore were taken hostage by seemingly a group of robbers, though nothing was stolen of their possessions. A robber shot dead the husband after which all the assailants fled. A month prior to that a library and a worship place owned and managed by Ahmadi community, which was constructed well over 125 years ago in a famous street in Sialkot, was demolished by a violent mob. This mob was led by local clerics and a PTI leader assisted by local municipal council functionaries.

The PTI initially denied any links but then remained silent once the main perpetrator was clearly identified as PTI affiliated politician. Shockingly, the premise for demolishing this building and the connected worship place was made on the grounds of illegal construction evidently disregarding that it predates partition of India by well over 50 years and besides this; overwhelming number of houses in the vicinity are illegally built anyway. It was indeed a targeted attack on the Ahmadi community to intimidate them and impede their rights to worship or peacefully own a religious property. Mind it that the prohibited word “Masjid” was not marked on the building.

There is no permission given anywhere in Pakistan for Ahmadis to construct and build worship places. In another incident last year Dr Ashfaq Ahmad, a Nutritionist and a scholar of his subject, was killed in Lahore by religiously motivated assailants carrying out the crime in broad day light with impunity and no fear of the law. There have been numerous attacks against Ahmadis in smaller villages and towns unreported by the main stream media. Few years back an Ahmadi cemetery in Model Town Lahore was vandalized, the gravestones were destroyed and the caretaker was made hostage for several hours.

Since then several similar incidents have occurred across Pakistan. It has now become widespread that any Ahmadi dead body is stopped for burial in common cemeteries by the religious clerics backed by anti-Ahmadi outfits. The local government functionaries do not side with the Ahmadis or even intervene to protect them from the attacking mobs. Ahmadis in their day to day life continuously fear attacks or violence. My uncle Dr Asghar Yaqub Khan was killed during the militant attack on two Ahmadi worship places in Lahore on 28 May 2010 while another uncle was seriously injured but fortunately survived. On that horrific day, at least two dozen of my close friends in Lahore were murdered with a total toll of 86 dead, leaving a deep emotional scar on me, my extended family members and the community.

These days the regular conversation between Ahmadis, due to this current heightened and hate-filled atmosphere, has a common theme of fearing further acts of violence on their houses and dreading religiously motivated disputes at work or businesses resulting in violence. The society is now bursting with people who pay heed to the virulent messages propagated by Tehrik e Labaik, or Lahkar e Jhangvi or Captain Safdar of PML-N or even by the PTI leader Imran Khan. Ahmadis remain anxious on daily basis for their children going to schools or even playing outside with their friends. They carefully consider when to get out of their houses or run otherwise regular chores taken for granted in ordinary circumstances.

Therefore, I urge all the political and religious leaders of Pakistan to step back, take a cold shower, be honest and reasonable for once. Ahmadis as individuals or as a community have no agenda to conspire against you or Pakistan. Far from it. This falsehood must stop. Ahmadis have said time and again that we feel the ownership of this great nation and have always remained loyal to Pakistan, we have served it as best we could and we have contributed to its success immensely perhaps much above our weight.

Ahmadis as individuals and as a community have a lot to offer this nation due to higher literacy rate and collective pursuit of professional education. It will be Pakistan’s gain to re-think the hateful religiosity and move away from the current course towards a fairer and egalitarian concept of citizenship. We are in a new age of human civilization more profitable for those who excel in knowledge and wisdom. This cannot be attained without promoting social peace, equality, justice and education. We offer to contribute as loyal Pakistani citizens. Please pay heed.