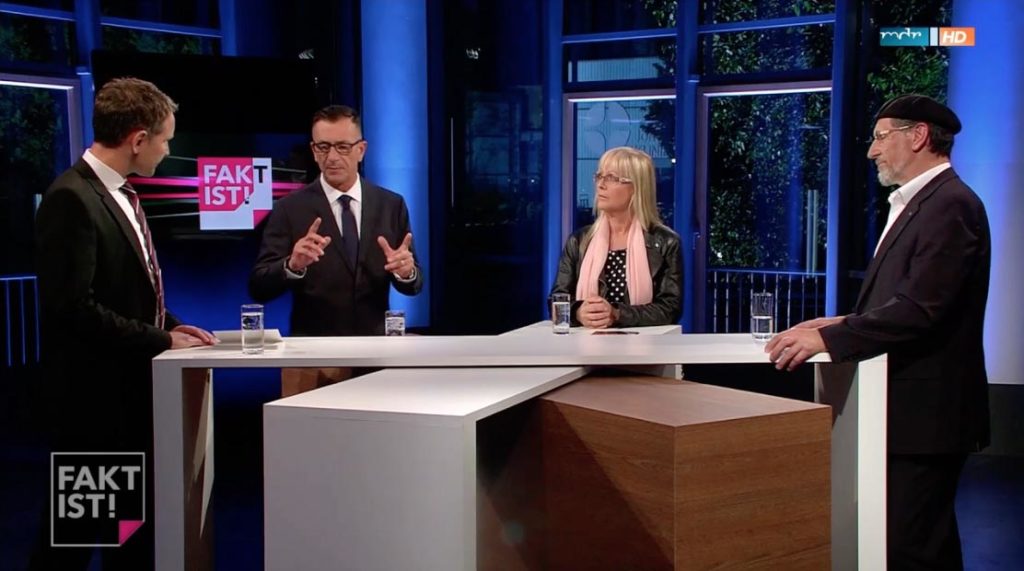 On Monday June 6th Germany’s MDR Tv hosted a live debate between National President of Ahmadiyya Muslim Community Germany, Abdullah Uwe Wagishauser and Björn Höcke, who is the leader of Germany’s Alternative for Germany (AfD) party which is known for its ant-Islam stance.

Wagishauser, 66, converted to Islam when he was young, and has headed Germany’s Ahmadiyya Muslim Community for the last 32 years. The community which is building a Mosque in Erfurt, Thuringia has faced strong opposition from AfD state lawmaker Björn Höcke and PEGIDA.