Pakistan & Iran’s Blasphemy laws among the worst in the World 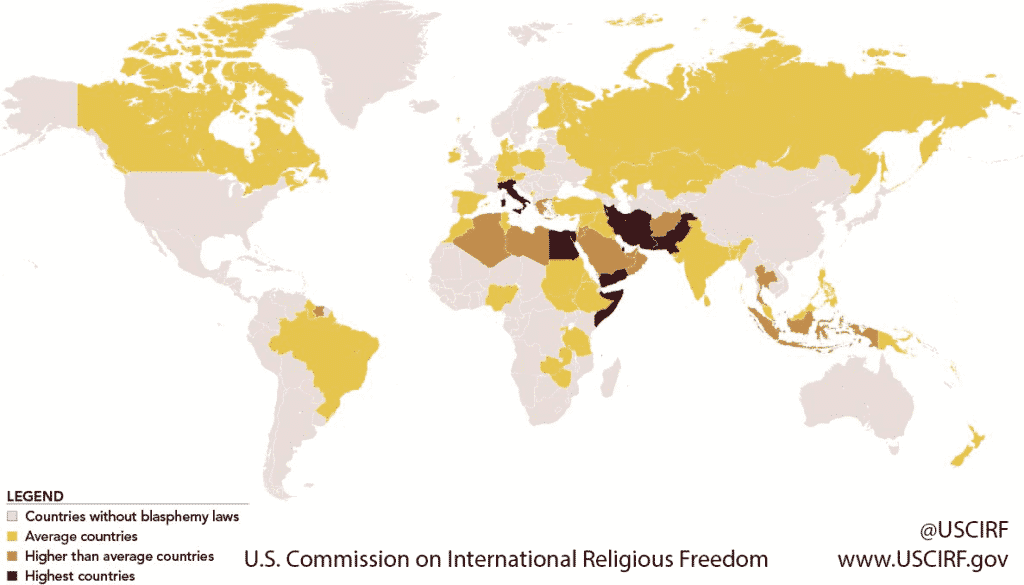 The U.S. Commission on International Religious Freedom (USCIRF) has released a ground-breaking report that takes a look at blasphemy laws around the world and compares them to international human rights standards.

USCIRF scored the countries based on Severity of the Penalty, Freedom of Religion, whether the State protected or preferred certain Religion Protections, Freedom of Expression and Discrimination Against Groups.

Of the 71 states studied, 59 or 83 percent sanction blasphemy with imprisonment. Iran and
Pakistan, the two countries with the highest-scoring laws for Severity of the Penalty, include
the death penalty as punishment for “insulting the Prophet.”. 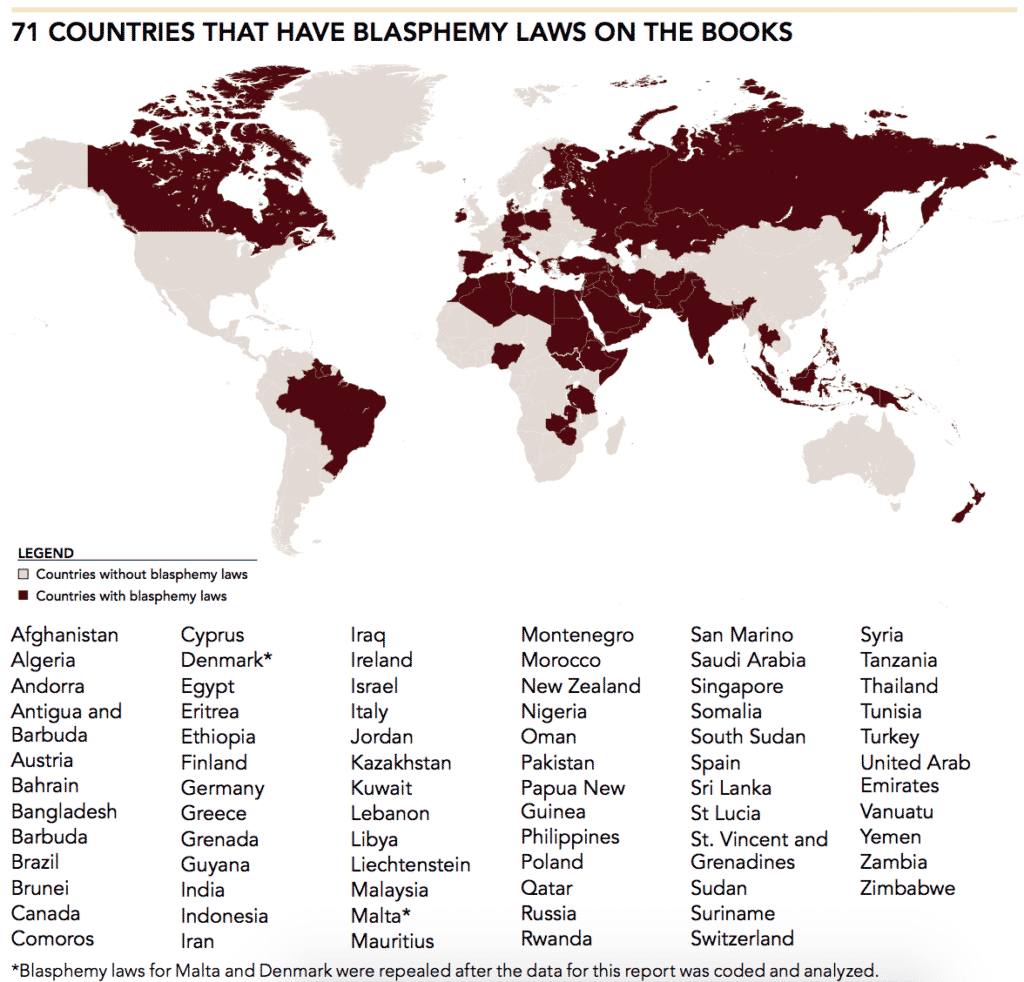 The full report can be found here.