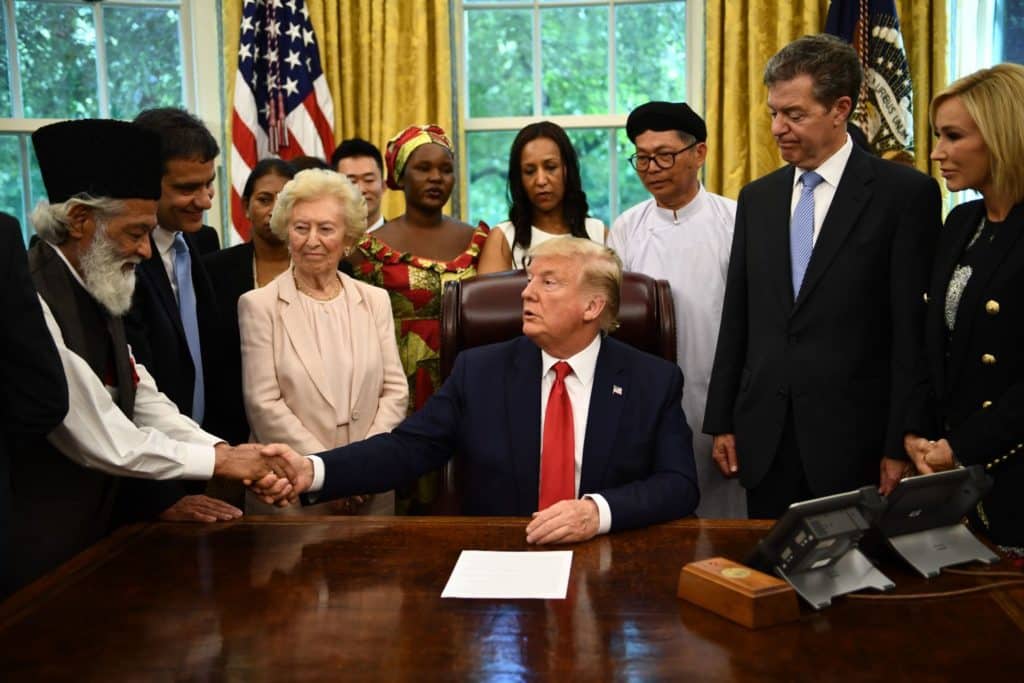 U.S. President Trump on Wednesday met with a Pakistani Ahmadi man who spent three years in prison for his Ahmadiyya beliefs.

“I pray that may Allah reward you, protect you and give you a long life”

“I can call myself a Muslim in the United States but not in Pakistan, otherwise I will be punished”

“We (Ahmadis) were declared non-Muslim in 1974, our shops and houses were looted and many houses were burnt down, I then relocated to Rabwah along with kids, where I had a shop selling books, and was given a 5 year sentence and a 600,000 PKR fine, now I have been released after three years”

The American administration under U.S. President Donald Trump has made religious freedom a centerpiece of its foreign policy.