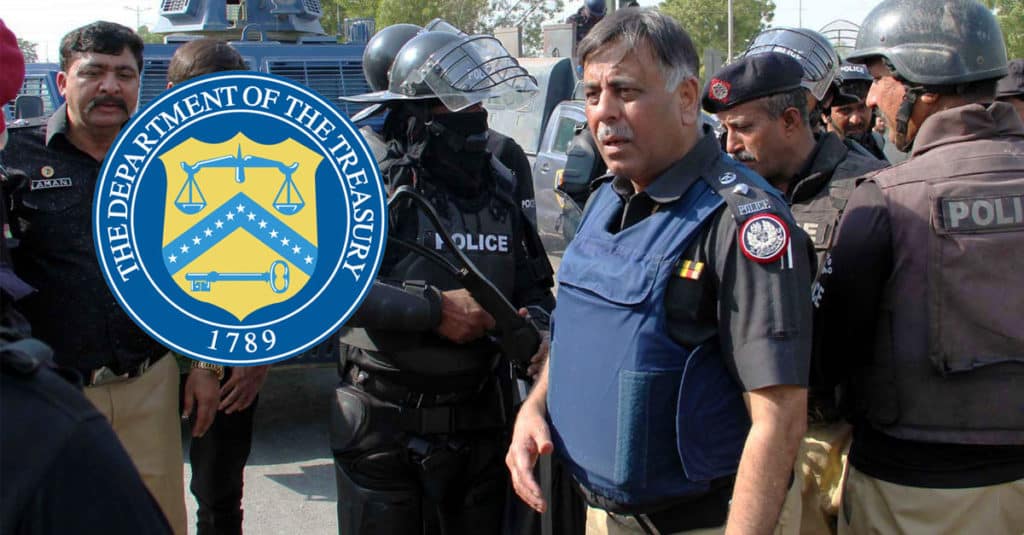 On International Human Rights Day, the U.S. Department of the Treasury announced that it has taken action against Pakistani police officer Rao Anwar for his role in staging fake police encounters and killing over 400 individuals.

In a press release the U.S. Treasury said:

During his tenure as the Senior Superintendent of Police in District Malir, Pakistan, Rao Anwar Khan (Anwar) was reportedly responsible for staging numerous fake police encounters in which individuals were killed by police, and was involved in over 190 police encounters that resulted in the deaths of over 400 people, including the murder of Naqeebullah Mehsood.

Anwar helped to lead a network of police and criminal thugs that were allegedly responsible for extortion, land grabbing, narcotics, and murder. Anwar is designated for being responsible for or complicit in, or having directly or indirectly engaged in, serious human rights abuse.

As a result of U.S. action, all of Anwar’s property and interests in property and any entities that are owned, directly or indirectly, individually, or in the possession or control of U.S. persons, are blocked and must be reported.

The Office of Foreign Assets Control (OFAC) has also taken action against 17 other individuals located in Burma, Libya, Slovakia, Democratic Republic of the Congo (DRC), and South Sudan for their roles in serious human rights abuse.