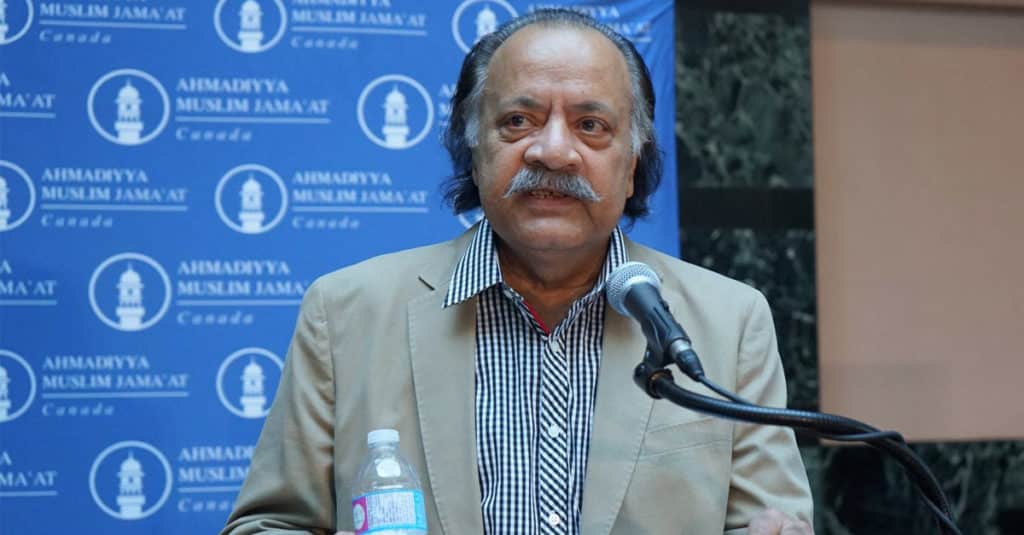 Rashdi, 70 was a former Pakistan Air Force pilot who migrated to Canada in late 90’s where he soon made a name for himself as a community leader and activist. He was much loved by the Pakistani-Canadian community and was held in high regard by political leaders for building community relations without regard for race, religion or political persuasion.

He was born in the Pakistani city of Sialkot and was schooled at the renowned Cadet College Petaro. Rashdi then went on to attend Murray College Sialkot where he found his passion for politics. He also ran for National Assembly seat from his home constituency of Sialkot with PPP (Pakistan People’s Party) but was disqualified for being too young.

After moving to Canada Rashdi became a prominent fixture in Canadian politics due to his affiliation with the Liberal party. He was also an active member of the Ahmadiyya Muslim Community.

Tributes and messages of condolences poured in from politicians, community leaders and activists. MP Iqra Khalid read out a message of condolence in Parliament of Canada while a one minute silence was also observed at a Canadian Liberal Party event.

Saddened to hear about the sudden passing of Mr. Shahid Rashdi. He was a strong community advocate and a proud father. He will be missed. pic.twitter.com/OdaanlM6xa

I’m literally sitting in Question Period in Ottawa, and just heard of the passing of Shahid M Rashdi. I’m utterly…

I’m so disheartened to hear about the passing of my good friend Shahid M Rashdi. He was an advisor, a community leader,…

Shocked and devastated to hear about this great loss! Shahid M Rashdi Sb was a mentor and a father figure to me, someone…