The Ahmadis and the Politics of Religious Exclusion

In this path-breaking new work, Ali Usman Qasmi, assistant professor at LUMS (Lahore University of Management Sciences) traces the history of the political exclusion of the Ahmadiyya religious minority in Pakistan.

According to a recent assessment of state persecution in Pakistan, the excommunicated Ahmadi community lost 39 members through murder in three years (2012-15). Forty Ahmadis were injured after assault and six were kidnapped. Eight Ahmadi graveyards were desecrated, 10 “places of worship” damaged, while harassment occurred in 11 cases. You can’t say “mosque” when referring to an Ahmadi place of worship if you want to avoid being thrown in jail. Ahmadis can’t say “Quran” or “namaz” either.

States at times practise exclusion, the majority considering “even the smallest minority within national boundaries… as an intolerable deficit in the purity of the national whole” (Arjun Appadurai). They do it through impunity or manifest legal devices; but Pakistan did it by excommunicating the Ahmadi community through the second amendment to the constitution (1974). In his remarkably even-handed book, The Ahmadis and the Politics of Religious Exclusion in Pakistan (2015), Ali Usman Qasmi, assistant professor at the School of Humanities and Social Sciences at Lahore University of Management Sciences, has told the story of how it happened.

It is fascinating how Pakistan’s Islamic teleology evolved as it distanced itself from the secular “afterglow” of the British Raj and zeroed in on what looks like a precursor phase to an al-Qaeda and Islamic State worldview in the 21st century. In 1953, when the riots against the Ahmadi community first led to the setting up of a judicial commission, the Grundnorm of the Objectives Resolution of 1949 had not yet been internalised, and the judges ended up delivering a humane verdict in favour of the victim community.

All Muslims seem to have an internal trigger that makes them backslide to Islamic Leviathan. Such a trigger was manifested in 1974 in a parliament dominated by a “socialist” Pakistan People’s Party led by a charismatic secular leader, Zulfikar Ali Bhutto. The author provides evidence of the mystery trigger by narrating how Bhutto never attended the apostatising sessions of the National Assembly and actually “reprimanded” his attorney general, Yahya Bakhtiar, for unfairly prosecuting the Ahmadis till he was reminded that he had ordered the trial himself.

The 1953 anti-Ahmadi riots had been “organised” in Punjab by then Chief Minister M.M. Daultana, who made the most enlightened speech at the judicial commission, saying a community could be converted into a minority only when it asked for such exclusion. But evidence showed that his government had funded the riots. Then Prime Minister Khawaja Nazimuddin was forced by states aiding Pakistan to abstain from firing his Ahmadi foreign minister, Sir Zafarullah Khan, and said the following in rebuttal of the famous August 11, 1947 address of the founder of the state, Mohammad Ali Jinnah, to the Constituent Assembly, in which he had, in a manifestly Lockean speech, pledged a pluralist country where religion and state would be separated: “I do not agree that religion is a private affair of the individual nor do I agree that in an Islamic state every citizen has identical rights, no matter what his caste, creed or faith be… The speech of the Quaid-i-Azam must be interpreted in the context in which it was delivered.” 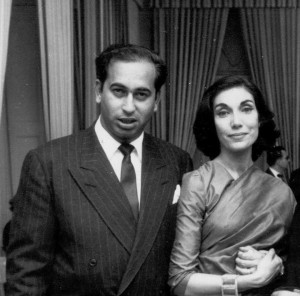 There are ironies in this statement that have become manifest only in 2015, when non-Muslims are under threat of being killed and the community of the founder of the state has been called “non-Muslim” on TV by the leader of a “banned” sectarian organisation. The book uncannily foreshadows this while reproducing the details of a meeting in which Bhutto’s wife actually felt that the apostatisation of the Ahmadis would lead to the victimisation of her own community, the Shia, in the coming days: “In this meeting Bhutto’s wife Nusrat, a Shiite of Iranian descent, was also visibly perturbed. She expressed apprehension that the exclusion of Ahmadis would be followed by that of Shiites.” In the year 2015, Pakistan is killing its Shia community, as is being done elsewhere in the Middle East, as “correction” of the Islamic faith.

The dilemma in 1953 was that the clerics appearing before the Justices Munir-Kiyani Commission couldn’t agree on the definition of a Muslim. If they reduced it to the pronouncement of the “kalima” (the historic Muslim catechism), the Ahmadis couldn’t be indicted as they said it the same way as “normal” Muslims. If you insisted on it, however, the Shia could fall into the trap of apostatisation as their catechism of faith actually differs. The problem that arose in the post-apostatisation period was: How could Ahmadis be trapped into declaring themselves as non-Muslims on identity cards and passports? 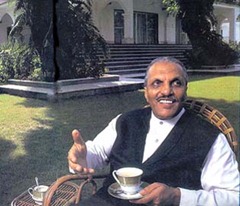 In the 1980s, General Zia-ul-Haq “purified” the state through further Islamisation, making Pakistan the pathfinder of what is now going on in the Islamic world. His martial law order imposed the strictest disabilities on the Ahmadis — curse the founder of the community in order to get ID cards and passports, stop terming the basic instruments of their faith as “mosque”, the “Quran”, “namaz”, etc, on pain of imprisonment. Ahmadi graves were dug up and removed from Muslim graveyards. The state was reduced to being a silent witness as blood-thirsty collective psychosis took over.

Did Bhutto do it for Saudi money? His reference to the “solution of a 90-year-old problem” points to the “trigger” that hides in all Muslims. The Saudi push happened more clearly when in 1980, Zia took Saudi dictation to impose religious tax (zakat) on the Shia. The Rabita Alam Al Islami (World Islamic League), the Saudi organisation with billions of dollars on its budget, was active in 1974; it was active under Zia, too.

As noted by Vali Nasr in his book, The Shia Revival: How Conflicts within Islam Will Shape the Future (2006), the anti-Shia edicts (fatwas) were “managed” through a scholar of India, Manzur Numani, then head of the Nadwatul Ulema of Lucknow, who compiled anti-Shia fatwas of apostatisation from the major seminaries of India and Pakistan in 1986. This compendium of fatwas laid the foundation for Shia massacres in Pakistan. Who is next?

Khaled Ahmed
Khaled Ahmed was born in 1943 in Jallandhar during the siege of Stalingrad. He has been an opinion writer based in Pakistan for the past 40 years. Over his decades of experience, he has worked for The Pakistan Times, The Nation, The Frontier Post, The Friday Times and The Daily Times @     Facebook