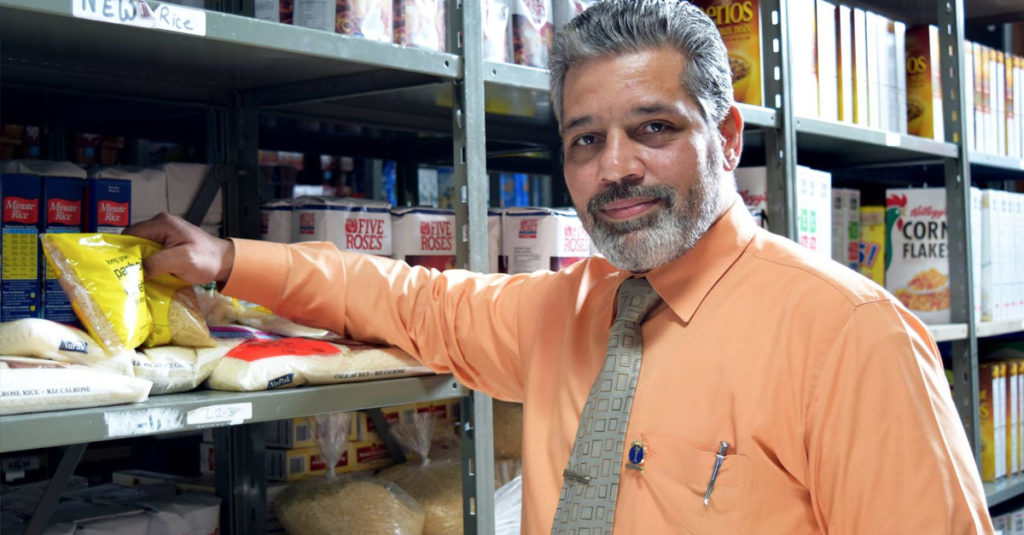 I was held at gunpoint. They took me from my home, blindfolded me and interrogated me for four hours. They asked me to prove that I am Muslim. The only thing that stood in the way of death was literally my faith. All I could hear as I sat blindfolded was the sound of a gun cocking and a man repeating that he was going to kill me. I am an Ahmadi Muslim caught in a war between Sunnis and Shias. I am simply a high school teacher from Syria. But, they wanted me to help them make bombs. I wouldn’t. I would teach their children math and physics but I would not harm a soul.

They took me to an area close to my home and let me go. I had to stay at a neighbour’s house that night because machine guns were firing near my home. The next day I returned home to my wife. As soon as the sun rose, my wife and I left our home to live in another area of Syria. A few months later I heard that my home had been broken into and all of my personal belongings were taken. I told the government that I cannot go back to work in that area because it is too unsafe for me. They allowed me to work at another school. I couldn’t let students down—I insisted on continuing to teach. But, the war destroyed the schools. Why would they stop children from learning? Syria became a place where I couldn’t express myself. It was time for me and my wife to leave Syria.

We came to Canada in February 2016. The first thing I noticed is that Canada welcomes newcomers with open arms, which is not something I was used to. The Government of Canada really helps Syrian refugees. I felt that I could help others as a volunteer with Humanity First @humanityfirstcanada in Toronto. I learned English when I lived in Ghana for three years, which allows me to interpret Arabic and English. I often go to the airport to interpret for refugees and deliver food to those who cannot come to the food bank. Although I can speak some basic English, sometimes complex English terms and phrases are difficult for me to understand.

I am happy when new families come to Canada. I see them crying when they land at Pearson International Airport and it touches my heart. Canadians are very friendly and polite people. Canada loves people who can build up the country. We are those kind of people. I like Canada because it is multicultural. I can be Ahmadi and it’s not a problem for anyone. I have opportunities here—I have a job, car and home now. I am so thankful to Humanity First Canada for sponsoring me and my wife, and to the Government of Canada for helping us.”