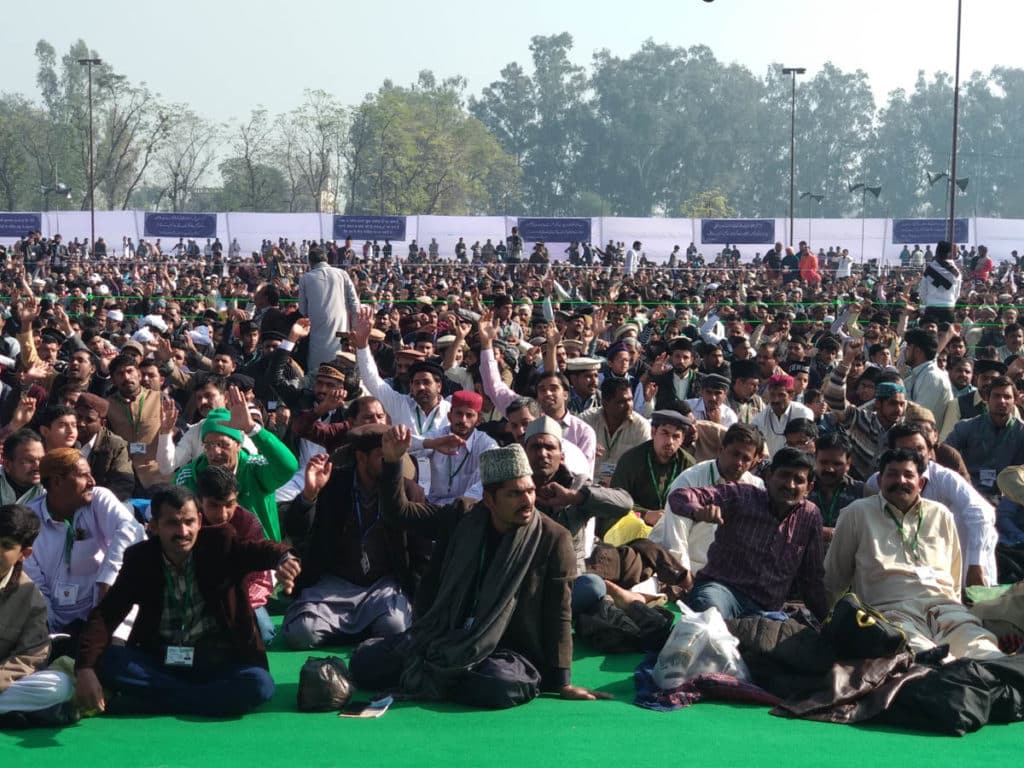 The ‘Jalsa Salana’ has become an international convention over the years, it attracts thousands of visitors each year from over 40 countries including Pakistan, Indonesia, USA, UK, and Germany.

#JalsaQadian 1 Day you go. #MyQadianExperience full of blessings. The Promised Messiah prayed for the attendees of #Jalsa and we all pray for you. #Bazaar pic.twitter.com/0NDcCPKtw8

Tahajjud time at #JalsaQadian is phenomenal. Thousands marching towards the blessed mosques with the greetings of peace to one another. Weeping during prayers and praying for the #Messiah and others at the Heavenly Graveyard. #MyQadianExperience pic.twitter.com/wF5YMj3Bk8

Amazing to see how Muslims persecuted by #Pakistan are being openly welcomed by #Indian leaders #JalsaQadian #Ahmadiyya pic.twitter.com/Ai4MAMqj9A

The convention is also being attended by women of Ahmadiyya sect who have their own reserved space.

IG police along with 2 DSPs and SP came to inspect #JalsaQadian arrangements pic.twitter.com/GwaY5sk2RS

Strict arrangements have been made by Indian Police to make sure the three days conference goes smoothly, Opinderjit Singh Ghuman PPS Senior Superintendent of Police District Batala is personally looking the security arrangements of the small town.

Talking to Rabwah Times, he said “There are 21 entry and exit points where police officers have been deployed”, effectively “sealing” the small city of Qadian city.

He also stated, that “There are 7 Police barricades in the city and that Police force has also placed Light machine guns in the area.”