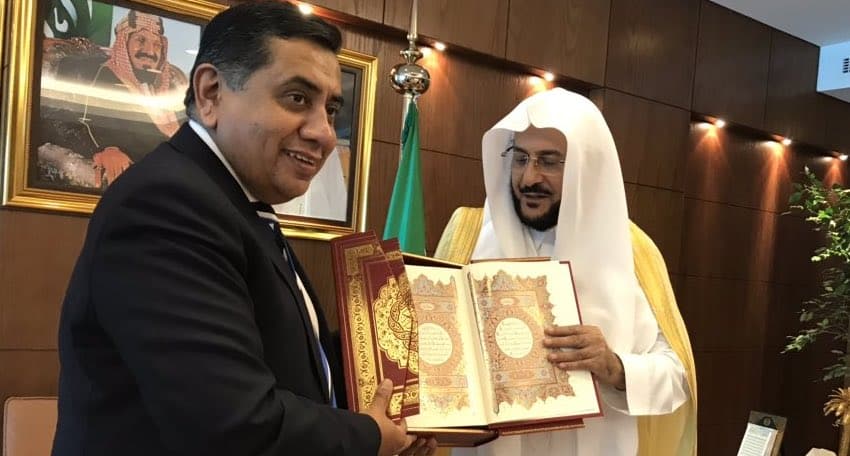 The Saudi Minister of Islamic Affairs Sheikh Abdullatif Al-Asheikh on Wednesday received the British Prime Minister’s Envoy for Freedom of Religion and Belief Lord Ahmad of Wimbledon and his accompanying delegation.

During the meeting, they discussed issues of mutual interest. Minister Al-Sheikh explained that the Kingdom is actively working to promote tolerance and peaceful coexistence between people of all faiths. Minister Abdullah said the Kingdom follows Islamic principals of moderation and rejects extremism.

Lord Ahmad of Wimbledon who is an Ahmadi Muslim of Pakistan origin highlighted the Kingdom’s role in this field, and said that the British government appreciates the efforts made by the Kingdom.

Minsiter Al-Asheikh previously served as the president of the Commission for Promotion of Virtue and the Prevention of Vice, also known as the religious police or Haia, from 2012 to 2015. 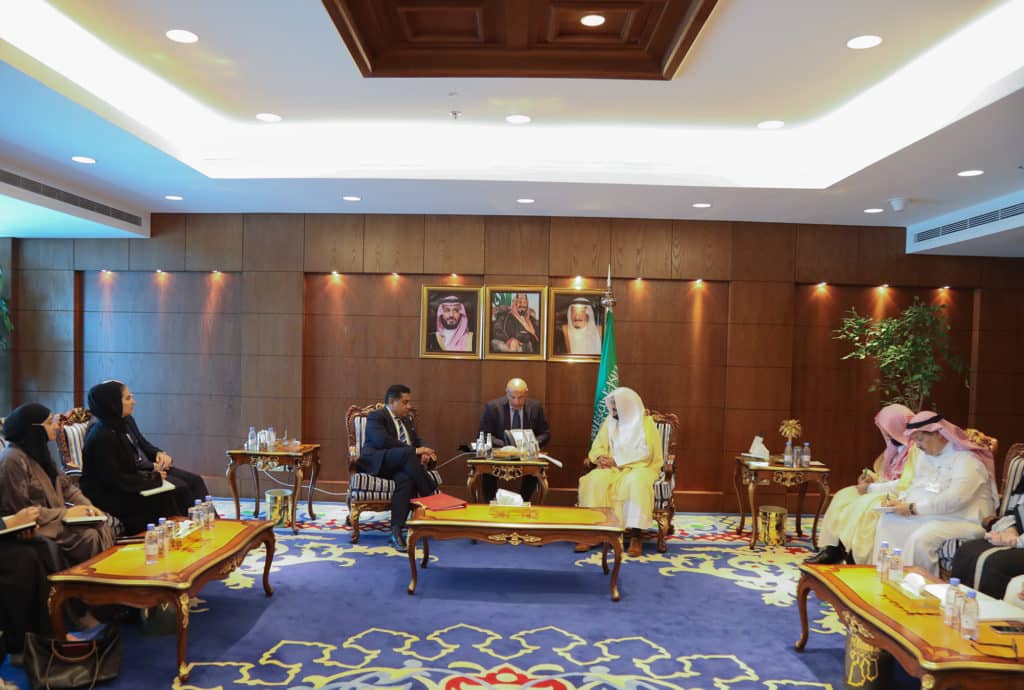 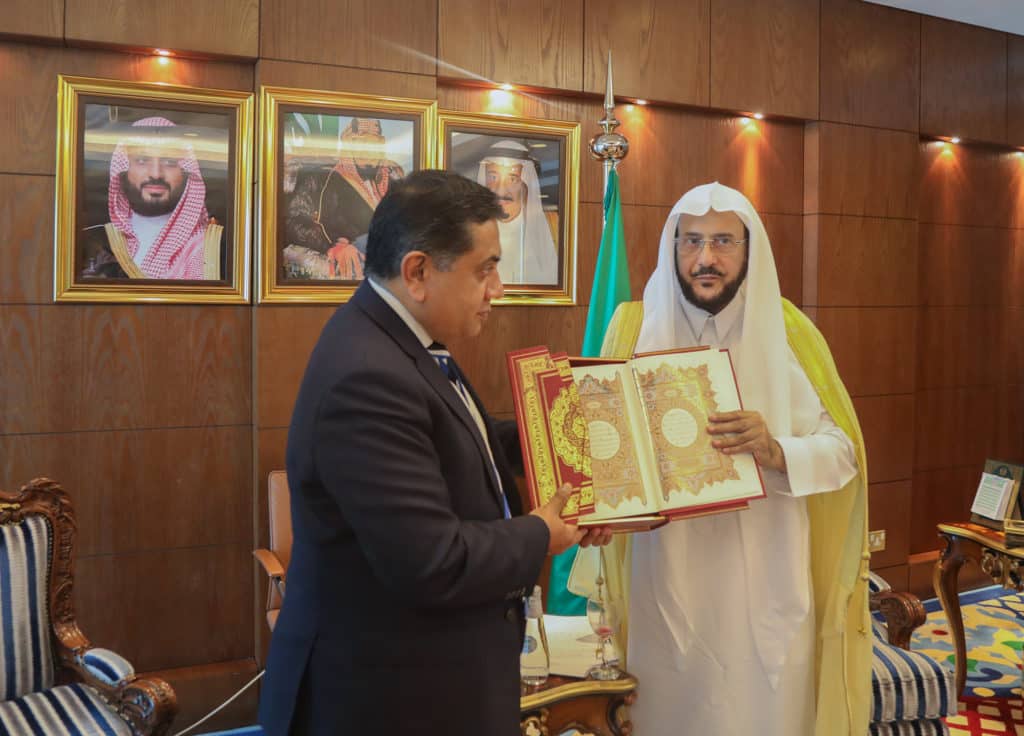