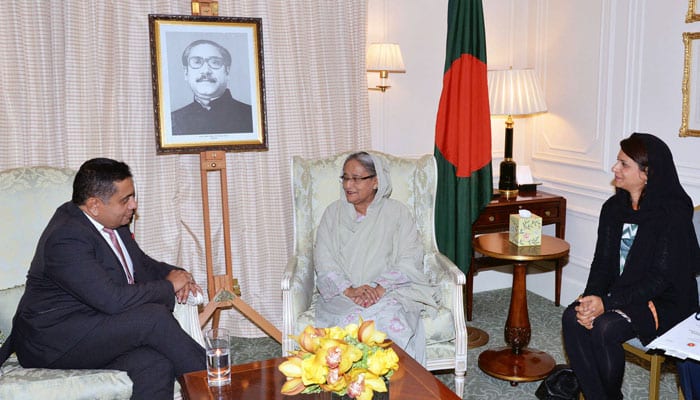 Bangladesh’s Prime Minister Sheikh Hasina has requested help from the UK and the international community, to help resolve the Rohingya crisis.

Hasina who was on her way back to Bangladesh from U.S. made a stopover in London where she met Lord Ahmad of Wimbledon who currently serves as the UK Minister of State for the Foreign and Commonwealth Office. 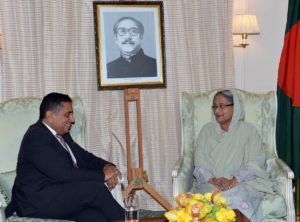 “We made a makeshift arrangement for shifting them to an island called ‘Bhasan Char’ from Cox’s Bazar . . . we need international community’s assistance including that of the UK for their relocation,” she said.

The UK state minister praised the people of Bangladesh and Prime Minister Sheikh Hasina for saving the lives of tens of thousands of Rohingya people by giving them shelter. 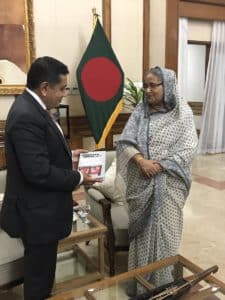 Terming the influx of Rohingya people into Bangladesh a humanitarian crisis, Lord Ahmad said the UK government will pledge 30 million pounds in support of the refugees.

“We [UK] are keen to continue support for the displaced Rohingya people in Bangladesh,” he added.

The Bangladeshi prime minister said they feel the sorrow and pain of the Rohingya people. Hasina recalled that “10 million people from Bangladesh were forced to take shelter in India during the Liberation War when the Pakistani occupation forces launched a massacre in 1971.”