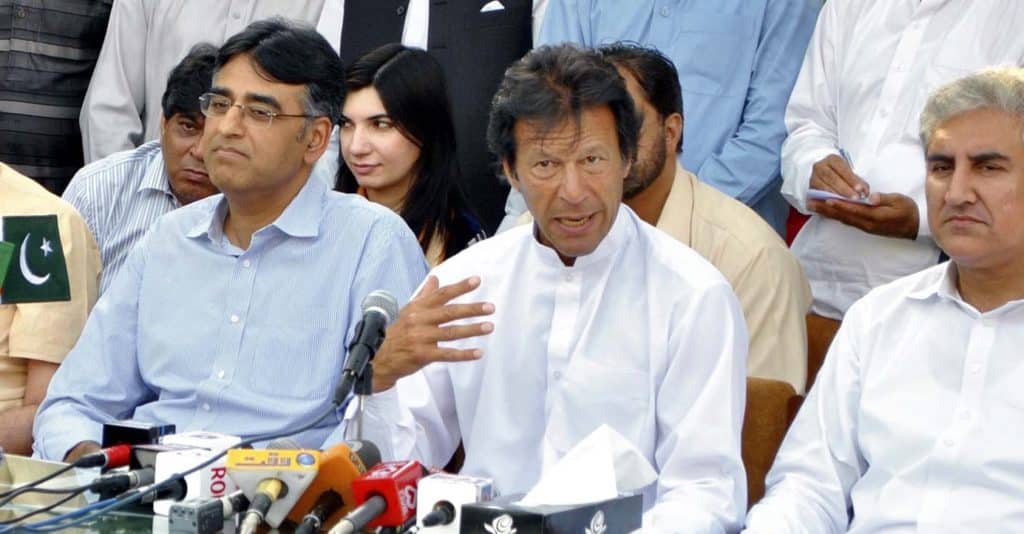 A prominent Pakistani politician has said his political party is open to the idea of supporting a candidate from the much hated Ahmadiyya sect of Islam. Asad Umar who is a policy head of Pakistan Tehreek-e-Insaaf (PTI) and member of Pakistan’s National Assembly made the comments Tuesday at an event in the U.S. state of Virginia.

Answering a Rabwah Times reporter’s question about whether PTI would support an Ahmadi candidate in the elections by offering him a ticket, Umar said:

Our position is completely clear, we agree with the constitutional framework, and the rights the constition afford them as a minority, whatever they may be.

Umar, however, refused to condemn the anti-Ahmadi comments made by his fellow PTI leader Shah Farman who currently serves as the Minister of Information for the KP province. He claimed it was not a political issue and said:

I think that is his [personal] statement, whether you call a Christian, a Hindu or an Ahmadi your brother or not is a social issue and not a political issue.

The Ahmadis have been the focus of hate from Islamists who consider them apostates for believing in a Prophet after Muhammad. In 1974 the Ahmadis were declared ‘non-Muslim’ through a constitutional amendment and in 1984 their religious beliefs were criminalized. Since then they have faced persecution both at the hands of government and Islamists.