Pakistan’s Hypocrisy on Freedom of Religion and Belief 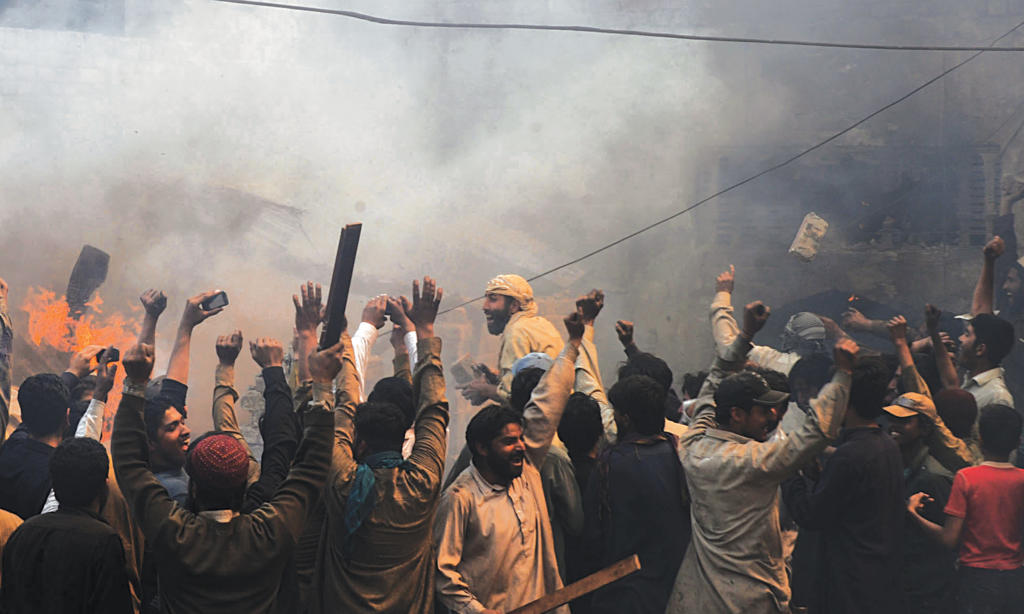 “We believe that states have the primary responsibility for the promotion and protection of the human rights and fundamental freedoms of its people.”

So said Mr. Qazi Saleem Ahmed Khan of Pakistan, on behalf of the Organization of Islamic Cooperation, on the floor of the UN Human Rights Council just a few weeks ago. Mr. Khan would later lament what Pakistan sees as an “increase in religiously motivated crimes.”

It was heartening to hear such remarks from Pakistan. However, as I would later note in a statement also delivered on the floor, Mr. Khan conveniently forgot to mention his own country’s record of promoting or tolerating intolerance and stamping out any form of dissent. In fact, at the time Mr. Khan was speaking on the floor the Council, his government was engaging in a full-scale assault on the fundamental freedoms of its people — in what could very well be considered religiously motivated crimes.

It is well known that Pakistan is no bastion of human rights. The U.S. Commission on International Religious Freedom (USCIRF) includes Pakistan in its list of Countries of Particular Concern and for a decade now has urged the U.S. State Department to do the same (it has refused). This is because the government engages in widespread, systemic discrimination against Christians, Ahmadi Muslims, Hindus, Shias, and atheists. More people are serving life sentences or on death row for blasphemy in Pakistan than in any other country in the world. This includes Asia Bibi, whose plight led politicians Shahbaz Bhatti and Salman Taseer to call for her freedom. As a result of their open dissent, both were assassinated.

In recent weeks, Pakistan has shifted its crackdown on those holding minority or dissenting views into overdrive — with a particular focus on secularists and freethinkers. At least three activists and bloggers have been arrested, causing many more to flee. The government has pressured Facebook to remove blasphemous content, claiming without proof that the company has removed 85 percent of the disputed material. The Interior Minister even convened a meeting of ambassadors representing 27 countries in order to devise a global plan to suppress blasphemous content. And a high court ordered authorities to bring back bloggers who escaped the country following accusations of blasphemy.

Such crackdowns are clear violations of international human rights norms, and clearly display just how tenuous the government believes its grasp on power to be. Why else would a government feel compelled to punish people for the content of their thoughts?

But, as the cases of Bhatti and Taseer suggest, the government has also been unable or unwilling to protect its citizens from vigilante violence. Just last week, a leader of the Ahmadiyya community was shot to death“because of his religious beliefs.” It is no coincidence that Pakistan is the only state in the world to have officially declared that Ahmadis are non-Muslims.

Yet Pakistan also contradicts itself. For instance, `Ms. Fareena Arshad statedduring the Council session that:

“Pakistan is committed to promote and protect freedom of religion or belief for all … [Pakistan’s constitution] … guarantees equal rights and status to all its citizens, irrespective of religion. … Every citizen of Pakistan is free to exercise the right to profess, practice, or propagate his or her religious views even against the prevailing or dominant view of his or her own religious denomination or sect.”

Clearly this is not the case. Where can concerned activists turn in the face of such hypocrisy? Ironically enough, they can turn to a space carved out by Pakistan.

Each year between 1999 and 2010, the UN infamously approved a non-binding OIC-sponsored resolution condemning the so-called “defamation of religions.” Due to declining support — thanks in part to efforts by the U.S. and U.K. — the OIC decided to pull the resolution and propose a new text.

Enter Resolution 16/18, on “Combating intolerance, negative stereotyping and stigmatization of, and discrimination, incitement to violence, and violence against persons based on religion or belief.” It has been approved by consensus each March since 2011.

The text includes vague language that is ripe for abuse, and unfortunately but expectedly does not mention the rights of the nonreligious.

However, some of its language is quite definitive and inclusive: “Strongly deploring all acts of violence against persons on the basis of their religion or belief”; “Recognizing the valuable contribution of people of all religions or beliefs to humanity”; and “Call[ing] upon all States: (a) To take effective measures to ensure that public functionaries in the conduct of their public duties do not discriminate against an individual on the basis of religion or belief; (b) To foster religious freedom and pluralism by promoting the ability of members of all religious communities to manifest their religion, and to contribute openly and on an equal footing to the society.”

There is hardly a clearer illustration of Pakistan’s hypocrisy on freedom of religion or belief than the fact that they blatantly flout their obligations to fully respect and implement the principles of a UN resolution that they themselves helped devise.

Towards the end of the Council session, another representative from Pakistan, Mr. Aamar Aftab Qureshi, urged states to “Totally reject the politics of hate wherever it is pursued.” He continued: “it must be shunned and replaced with messages of peaceful coexistence and intercultural harmony.”

Perhaps Pakistan should start with itself. It can show that it too rejects the politics of hate — by releasing all those imprisoned for their beliefs or peaceful expressions, and moving to repeal its egregious blasphemy laws.