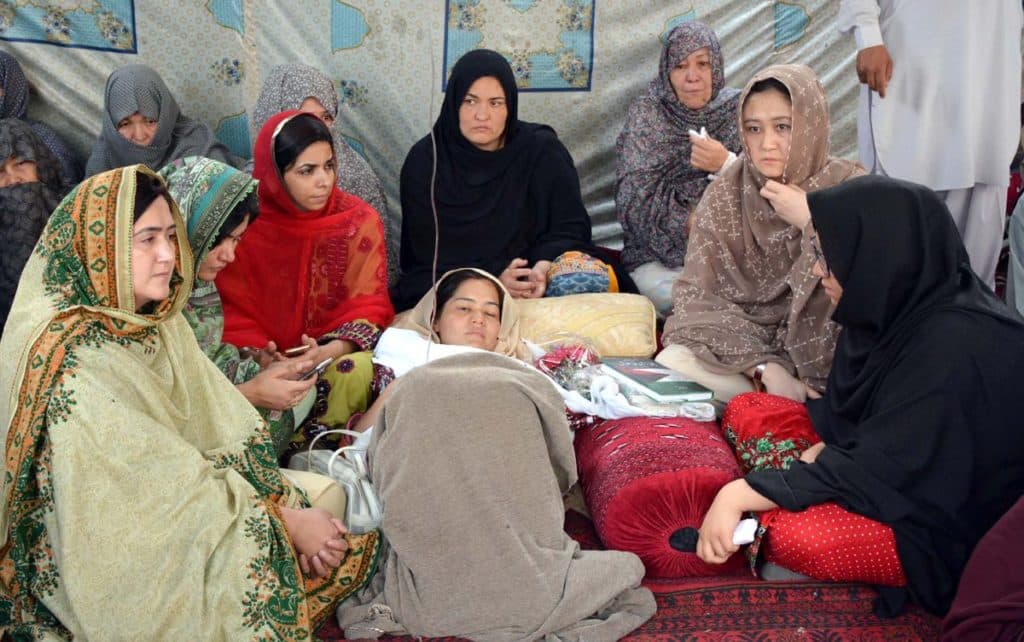 A four-day long hunger strike by a Hazara activist might be coming to an end after Pakistan’s Army Chief landed in Quetta to meet with “notables of Hazara Community”. Hazara activist and Lawyer Jalila Haider has been on hunger strike since April 28th in order to bring attention to the killing of Shiites in the city of Quetta.

In a viral video Haider had challenged the Army Chief to come and “face the widows” of Hazara men who had been target killed for their faith. She said she will continue continue the hunger strike until the Army Chief came in civil clothes and met the members of the tiny community.

On Tuesday a spokesperson for the Army announced that the Army Chief General Bajwa had arrived in Quetta to asses the security situation and meet with notables of the Hazara community. In a tweet Maj Gen Asif Ghafoor said:

COAS arrived at Quetta for an update on security situation and meeting with notables of Hazara Community.

Jalila Haidar, who is leading the hunger strike camp set up outside #Quetta press club, said that she will continue the strike until @Gen_QamarBajwa visits the city and details concrete steps to bring the killers to justice and protect the #Hazara community. #JalilaOnHungerStrike pic.twitter.com/Rotztq85wE