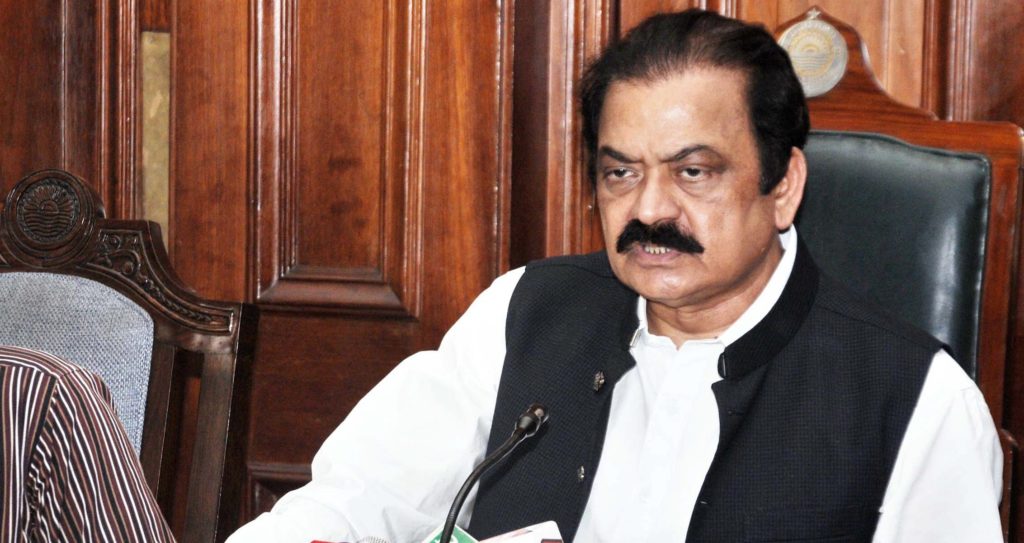 A Pakistani Minister has been forced to conduct a shake-up of his security detail after threats by Islamists. Pakistan’s provincial law Minister, Rana Sanaullah has ordered that only non-Muslim officers be deployed for his security.

The Minister has also requested the Police chief to get him a list of all Christian, Hindu and Ahmadi officers in the province of Punjab. Reportedly his present Police escort will be replaced by non-Muslim officers who will be selected from the compiled list. Till then the Minister will use the private security firm which employees Christian security guards.

Minister Sanaullah hit the headlines a few weeks back when during a TV interview he claimed there were minor differences between Muslims and Ahmadis, a minority Islamic sect considered heretic by the majority of Muslims. The statement sparked outrage among the country’s conservative Muslims with many calling for his resignation. The statement came at a time when the Islamist political parties alleged that the government was trying to appease the minority Ahmadis by changing electoral laws in their favor.

In response, the radical Islamist group Tehreek Labaik Ya Rasool Allah has organized countrywide protests and over three thousand of their protestors are currently blocking the capital Islamabad, demanding the resignation of Punjab’s Law Minister Rana Sanaullah and Federal Law Minister Zahid Hamid.

In 2011, Punjab’s Governor Salman Taseer was killed by his own police guard over his opposition to blasphemy laws.