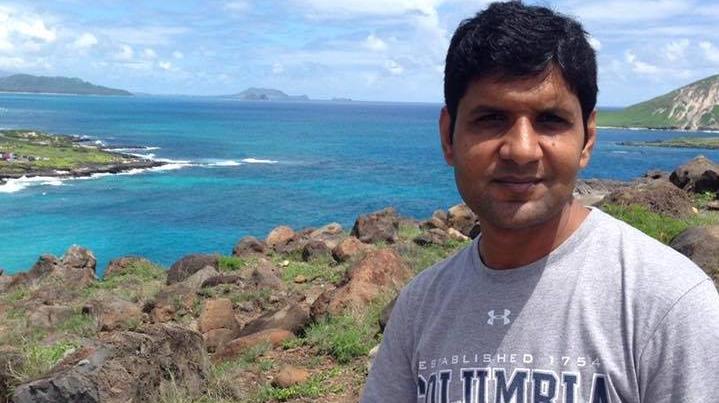 A Pakistani journalist known for reporting on Pakistan’s minorities was run over by a car on Friday. The incident comes just days after Police refused to investigate death threats against him.

39-year-old Rana Tanveer who works for the Pakistan-based Express Tribune was run over by a speeding car on Friday afternoon as he was coming back from the Punjab Union of Journalists’ meeting. He was taken to hospital with a suspected leg fracture where he is currently awaiting surgery. 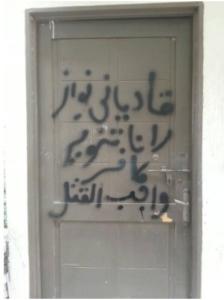 Tanveer for years has reported on the country’s increasing persecution and mistreatment of religious minorities. His recent reports on the Freemasons, Ahmadis, and Jains attracted the attention of right-wing Islamist groups, who consider such reporting an act of Blasphemy, a crime punishable by death.

Just last week, when Tanveer and his family returned to their home in Lahore they found their house vandalized and graffiti calling him a ‘Kafir‘ (Infidel) & ‘Worthy of Death’ sprayed on the front door of his rented house.

The threat written in Urdu read, “قادیانی نواز رانا تنویر کافر واجب القتل” “Qadiani supporter Rana Tanveer is an Infidel who deserves to be Killed”. ‘Qadiani’ is a derogatory term used for minority Ahmadi Muslims who are severely persecuted in the country.

The Police have so far refused to register both of these cases. Several Pakistani Journalists on Friday tweeted condemnations against the attack on Tanveer.

We condemn the attack on @RanaTanver who reports on minority issues for ET & demand the arrest of culprits. Police refusing to register case