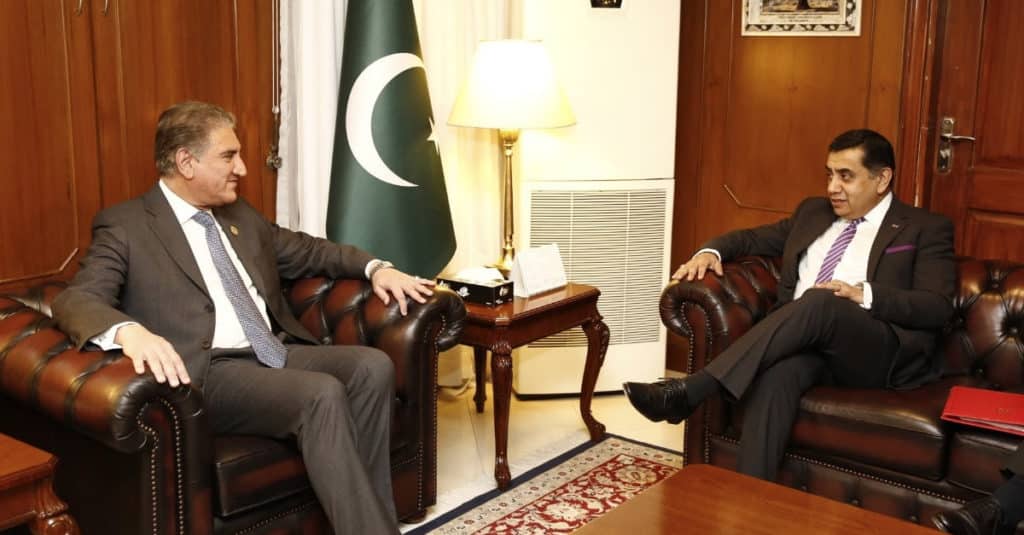 During the meeting at the Foreign and Commonwealth Office in Islamabad, the Pakistani foreign minister acknowledged assistance of UK’s Department for International Development (DFID) for advancement of education and health sectors in Pakistan. The foreign minister acknowledge the contribution made by the Pakistani diaspora in the UK and briefed Lord Ahmad regarding the extensive tourism opportunities in Pakistan and steps taken by the government to promote tourism sector.

Minister Qureshi also briefed Lord Ahmad on the human rights violations by the Indian security forces in the disputed Jammu and Kashmir region.

Lord Ahmad lauded the government’s reform agenda in socio-economic sectors and recognized the improved security situation in the country. He briefed on the prospects of post-Brexit trade and gave assurance regarding his government’s continued support in this regard.

He also stressed upon the need to further intensify cooperation at the multilateral fora, including at the UN and the Commonwealth of Nations, in particular in the fields of cyber-security, environment, and human rights.

Lord Ahmad expressed the desire to work closely with the Government of Pakistan and the Pakistani diaspora in the UK to further improve bilateral ties.

⁦@TomDrewUK⁩ hosted a reception to meet Lord ⁦@tariqahmadbt⁩ – minister of state for the foreign and commonwealth – Tariq Ahmad’s first visit to Pakistan and he reminisced of childhood visits when only one PTV and the song he remembers “sohni dharti Allah rukkhay “ pic.twitter.com/QSdgafYBid