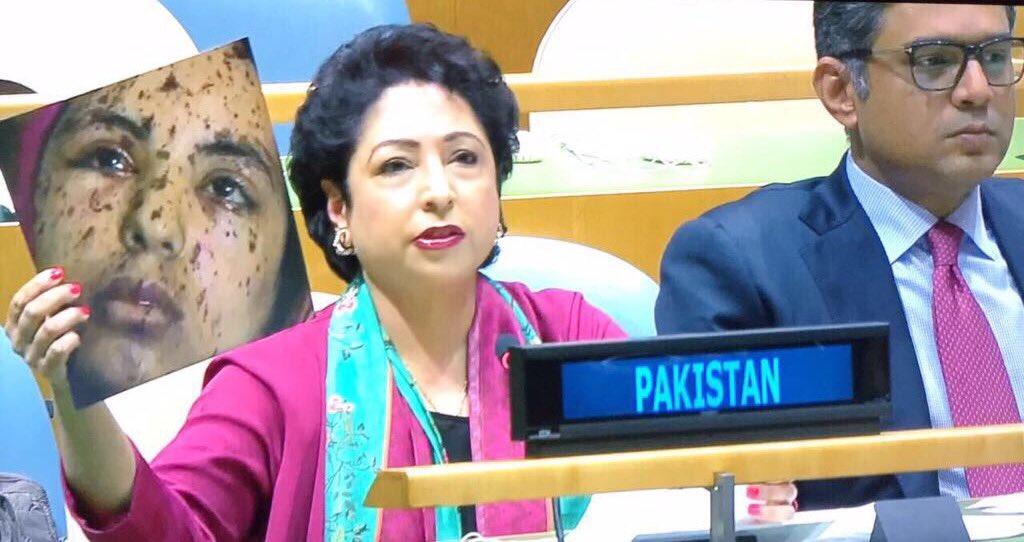 Pakistan’s envoy to the U.N. has been called out for using a fake image to illustrate Indian atrocities in the disputed region of Jammu and Kashmir.

The move backfired when Maleeha Lodhi, the Pakistani envoy to U.N. showed a picture of an alleged “pellet gun victim” in the UN General Assembly. However, the picture that Lodhi displayed was of 17-year-old Rawya Abu Jom’a who was injured during Israeli airstrikes on her family’s apartment in Gaza during the 2014 war. was, in fact, taken by an American photographer Heidi Levine in Gaza in 2014. The picture showed

While holding the picture of the Palestinian Rawya Abu Jom’a, Lodhi exclaimed: “This, Mr President, is the face of India’s democracy,” adding also that the largest democracy is the world is also the largest hypocrisy.

The picture was taken by American photographer Heidi Leivine on July 22, 2014 while covering the Gaza war that left more than 2000 people dead.

In her reply to Indian FM's speech in UNGA, Amb. Lodhi showed a pic of pellet gun injured women frm Kashmir saying this is the face of India pic.twitter.com/StuG3arPoN