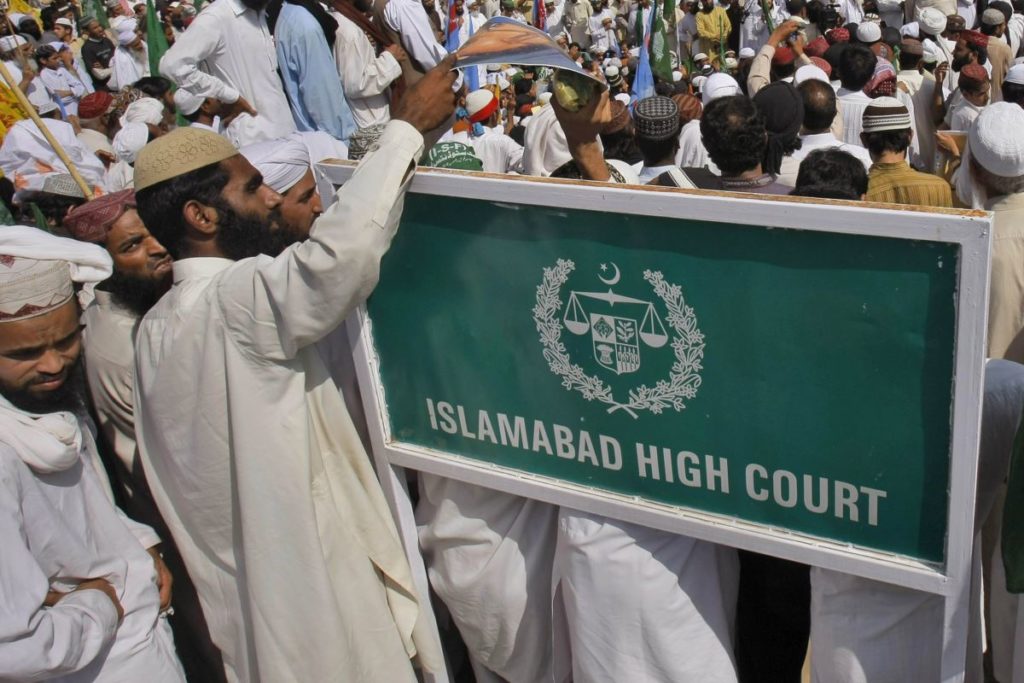 On Monday a Pakistani court ordered the country’s national citizen database to handover list of individuals who left Islam and requested a change of religion with the department.

The High Court court of Pakistani capital Islamabad ordered Pakistan’s Citizen Authority (NADRA) to provide detailed information on an estimated 10,000 Pakistani citizens who are believed to have changed their religion from Islam to Qadiani [Ahmadiyya]. The court also directed the citizen authority to include their age, names of their parents and their international travel history in the list.

During the hearing, the court was assisted by Hafiz Hassan Madni, a Professor at the University of Punjab, Lahore. Professor Madni told the court that a person who left Islam for another faith was an ‘apostate’ and deserved a penalty for the act.

“Qadianis are more dangerous than infidels. They are neither Muslims nor Christians and in fact, they have covered themselves under Islam”

Professor Madni also recommended that no non-Muslims should be made Judges.

The order was given by Justice Shaukat Aziz Siddiqui during the hearing of a petition which dealt with the amendments in the ‘Khatm-e-Nabuwat‘ clause of Pakistan’s Election Act, 2017. The petition was filed by Allah Wasya to challenge the amendments in the electoral law which would the right wing clerics claimed would have given more rights to the minority Ahmadis.

Qadianis, formally known as Ahmadis are followers of the Ahmadiyya sect of Islam which is considered heretic by mainstream Muslims. In 1974 the Pakistani constitution was amended to declare the followers of the minority faith “nonMuslims”. The Islamic Republic has continued to persecute the Ahmadis with laws and regulations which criminalize their religious practices.

Earlier this week, the same court barred NADRA from making any changes in the religion column on national identity cards of the Muslim citizens.

Ehsan Ahmad
Ehsan is the founder & editor of Rabwah Times. He is currently baesd in Washington D.C. from where he covers Human Rights & Religious Freedom issues. He tweets at @Ehzan @Ehzan     Facebook