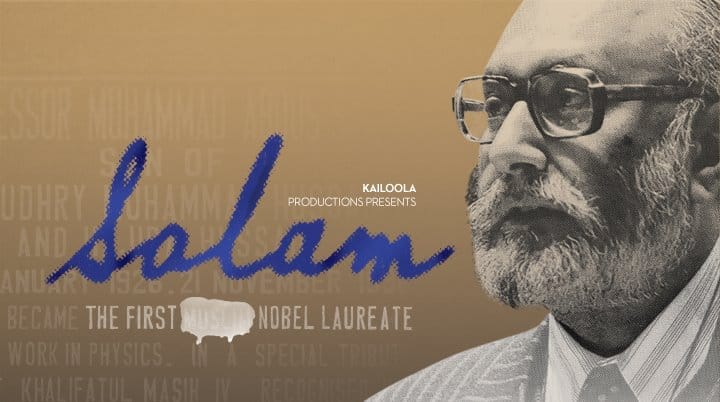 Oxford University Pakistan Society has come under fire for allegedly refusing to screen a documentary on Dr. Abdus Salam, a renowned scientist who became the first Pakistani to win a Nobel prize.

In a statement, organizer Noman Chaudhry claimed that:

I contacted Pakistani Society two months ago about the screening. I had numerous chats with the committee members including the President at various events. I was told that they were still discussing the matter and that they had other events to focus on, and that there were reservations within the society.

The OUPAKSOC President told me the committee was divided and he did not want the Pakistani society’s logo anywhere near the event poster.

I’ve been involved with organizing this and can confirm that Oxford Pakistani Society has done everything possible to avoid being associated with this event.

OUPAKSOC and its President Haroon Zafar did not respond to our requests for comment.

However, the documentary did end up getting screened with the help of Oxford University’s Ahmadiyya Muslim Student’s Association (OUAMSA). The screening was also attended by Malala Yousafzai, Nobel Peace Prize winner from Pakistan.

So honoured to have had @Malala ‘s support by attending the premiere of my grandad Prof. Abdus Salam’s documentary. Such an incredible inspiration to young muslim women today; thank you for giving your time! @salamdocufilm @SurbitonHigh pic.twitter.com/SOphJbXSVi

Salam’s contributions have largely been ignored by Pakistanis due to his religious affiliation with Ahmadiyya branch of Islam. Followers of the Ahmadiyya Islam are considered heretics by mainstream Muslims and have been declared ‘non-Muslim’ under Pakistani Law.

The documentary is a collaborative effort of Omar Vandal and Zakir Thaver, who came up with the idea after reading Salam’s obituary in the NYTimes. The year was 1996 and now almost 22-years later, their film is ready for the big screen. The docufilm traces Salam’s path from a small village in rural Pakistan to the United Kingdom and Italy. It tells Salam’s story using archival footage, interviews with colleagues, students, and family members.