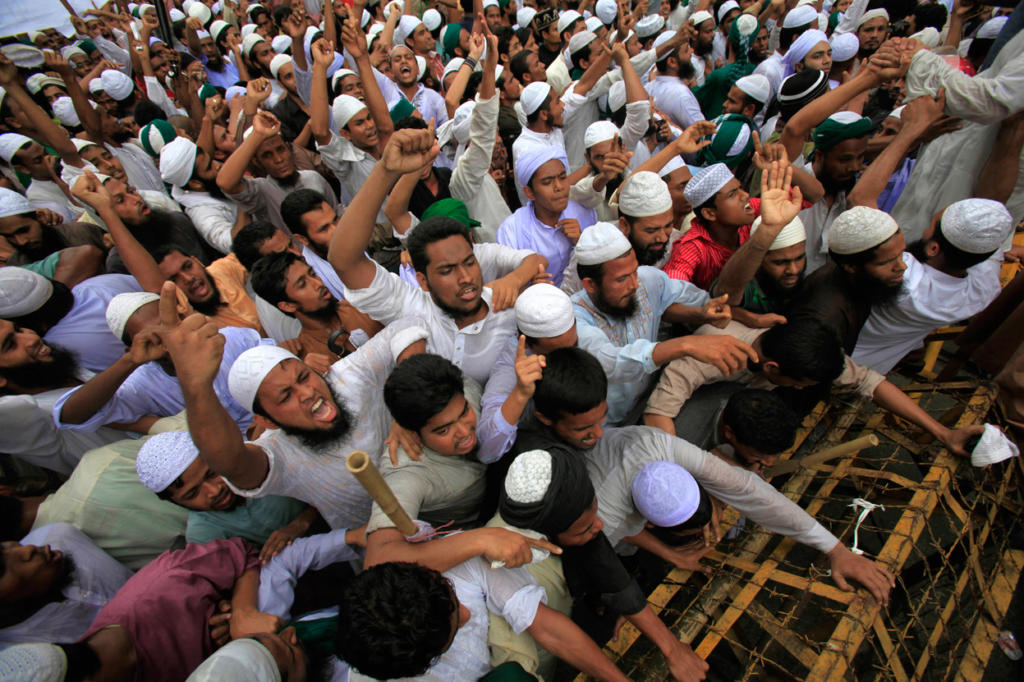 Crazies. Everybody’s got them—from religions to nationalities to political parties. Every social unit in humanity has its share of fanatics. Unfortunately, we Muslims have them in droves, and in recent years their fanatical, narrow-minded view of what defines a religion has moved to the driver’s seat and become the mainstream in Islam. Indeed, it seems that it’s becoming a rare site to see a religious person who is not a crazy lunatic. For many, matters of religion have gotten so irritating that they are dissociating themselves from religion itself, and unfortunately the younger generation is only experiencing religion from the examples and practices of those lunatics.

When we normal, everyday Muslims living in the Middle East hear of a person in the West converting to Islam, it is like a cool breeze of relief for us. This is because usually, that person has somehow come into our fold with fresh perspectives; without suffering from the infectious and poisonous fog of close-mindedness and intolerance which has been casting an ever darker shadow upon our religious identity.

Unfortunately however, not everyone who accepts Islam in the West is safe from the deadly grip of fanatical extremism, and too often we see such crazy, misguided people repeating the same hazardous missteps of their Middle Eastern counterparts. In short, they hide themselves within a reactionary and exclusivist version of Islam fully loaded with all forms of Takfirism, allegations and alienation; with the aim of making life difficult for any who would not totally conform with their particular understanding of the religion.

These paranoid and ego-driven individuals remain hyper-ready to defame and deform the beliefs of other religions and sects. But ironically, as if that were not enough, they are even willing to hypocritically forsake the teachings of Islam itself—as they relate to dealing with people from other walks of faith and life—even as they spend their days and nights giving lip-service to these very same values. The old adage “practice what you preach” holds no weight for such individuals. It is as if they practice two opposing faiths. The first is outwardly promoting Islam, and the second does away with all Islamic manners in order to defeat, at any cost, whoever they may deem to be different and thus unworthy.

The irony does not end there. Such fanatics will spend day and night pleading that people not stereotype or hold preconceived, shallowly researched misconceptions about them and their version of faith—when they, in their utmost lack of intellectual and human responsibility—find it perfectly acceptable to utilize this very bigotry against others.  They ask to be given the benefit of the doubt, but they refuse to give it. They yearn for others to learn about their beliefs from them directly, but they refuse to return the favor. Everyone wishes justice for himself. But if such a person is asked to present the same justice towards other denominations, he will not waste any effort in doing the exact opposite; instead lowering himself to the use of personal insults, vulgarity, Takfir, and unfortunately even cursing people who are held as holy and beloved by adherents of the other denomination.

A familiar pattern emerges when the Takfiri lunatic then demands answers for allegations he has found on the internet, whereas he could have clearly gotten these answers from the source (believers of the other denomination),  had he not been too arrogant to seek them in the first place. Yet amazingly, even if he were to receive direct, intellectually and spiritually fulfilling answers, he would still reject their beliefs by default, twist their answers to suit his preconceived notions, and maintain his unstable confrontational stance—simply in order to “win,” and achieve a crass, personal victory.

Thus, a Takfiri lunatic lives in two separate realities: one where he wants to promote his interpretation of religion, claiming it is non-violent and non-confrontational; and the other, in which he effectively promotes the hatred of all who disagree with him.

This, in a nutshell, is the crux of the problem with the Crazies in our religion. A quick look at the reality of today’s Islamic/Arab world will prove this countless times over. As mentioned above, this can unfortunately even be seen in some converts to Islam (and of course born Muslims) in the West. It is a reality where people want to actively eliminate all other denominations, ban them from practicing or promoting their beliefs, and physically throw them in prison. Yet hilariously—and tragically, these lunatics wish to be seen as poor and misunderstood. Their fragile egos yearn for us to respect them and their version of faith, lest their feelings be hurt. And heaven forbid their feelings be hurt, as that may send them on a murderous rampage against us! That, however is a story for another day.

Humor aside, these people, with their poisonous perspective, are the number one problem facing Islam today. The Crazies are currently prevalent, and it’s becoming unbearable for everyone else. They must somehow be made aware of what they are doing. It is hoped that they will change—and they must. If they don’t, then their hypocrisy will continue to drive people away from Islam. Essentially, they are the reason why the world seems to be so at odds with Muslims in the current day and age.

We need people who practice what they preach; people that don’t just tell us how beautiful and just their religion is, but who actually show us its’ beauty in the personal examples they set. A truly beautiful religion, when followed correctly, will ensure that its’ followers create an atmosphere of safety and security for others, instead of leaving them afraid, confused and worried about defending their very lives.

Stability and peace in society are not achieved by wanting to eliminate those who do not conform to you. They can only be achieved by respecting others—even those with whom you disagree.

All thanks to Mr. Abid Khan for his contribution in proof reading the article.