Muslims groups have defended their decision to host a hate conference which called for the use of force against ‘non-Muslims’. CAIR executive director also spoke out in defense of the organizers.

A week earlier Rabwah Times through covert video and audio recordings revealed how speakers at an Islamist conference in Virginia called for the use of force against ‘non-Muslims’ and urged American Muslims to not vote for ‘Non-Muslim’ candidates.

The sister organizations Idara Dawat Idara Dawat-O-Irshad Inc and Khatme Nubuwwat Center Inc who organized the statement both released a statement defending the conference and the views of speakers. In a joint statement, the organizations claimed that the first amendment of the U.S. Constitution gives them the right to express their religious beliefs and protect their “orthodox beliefs against fringe heretical deviant theological innovations.”

“First Amendment to the US Constitution…….gives Orthodox Muslim leaders the right to make clear that Qadiyani [Ahmadi] beliefs are contrary to established Islamic theology. To do so is not a form of extremism, but basic preservation of traditional orthodoxy.” 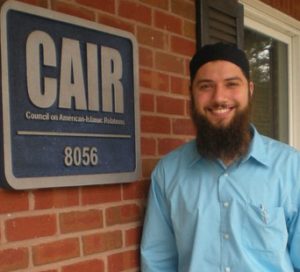 Support for the conference and its organizers also came from Hassan Shibly, the executive director of Florida chapter of CAIR (Council on American-Islamic Relations).In an audio message that has since been deleted but has been archived by Rabwah Times here, Shibly claimed that:

There is absolutely nothing with all of you (conference speakers) making clear the tradition orthodox, Sunni perspective on KhatmeNabuwat (Muhammad being the last prophet) and anything else related to Aqeedah (belief). Including defining what heresy is and who would be heretical under traditional Islamic Jurisprudence.

It was low attempt to divide American Muslims at a time when we must come together. Our response should be instead to rally around our common values no matter our background, we all believe in. That’s what I stand for and that’s what my organization stands for.

Responding to the speakers call for criminalizing Ahmadi beliefs he said:

Use of force is never acceptable to resolve religious differences

Whoever tries to criminalize religious beliefs obviously doesn’t understand the first amendment. It would be absolutely wrong and unconstitutional to try to criminalize anyone’s beliefs.

The Ahmadi leaders have frequently called on the U.S. Government to monitor Mosques and Islamic schools due to fears of radicalization.

The ‘extremist’ event was only condemned by one American-Muslim organization, Muslims for Progressive Values (MPV), which released a statement urging American Muslims to denounce the “Two Extremist Organizations”. In a statement MPV said:

Organizations, such as KNC and IDI, use their forums to silence others and deny them their rights to free speech and religious liberty. The statements made by KNC and IDI at the conference in Virginia must be rejected outright by the Muslim community at large. MPV urges Muslims, particularly, American Muslims, to condemn the hateful, violent, and anti-Islamic rhetoric of the Khatme Nubuwwat Center and Idara Dawat-O-Irshad, USA, Inc.