Meet the Diaspora Yazidis Fighting for Their People

ISIS’s onslaught against Yazidis has raged on for three and a half years.

The rapes, beheadings, and shootings of Yazidis in Iraqi Kurdistan have been documented in front of the world.

But Yazidis living abroad are giving their people a voice. Rabwah Times spoke with three prominent Yazidis, including an athlete, artist, and an NGO worker about how they have used their profession to give Yazidis hope. 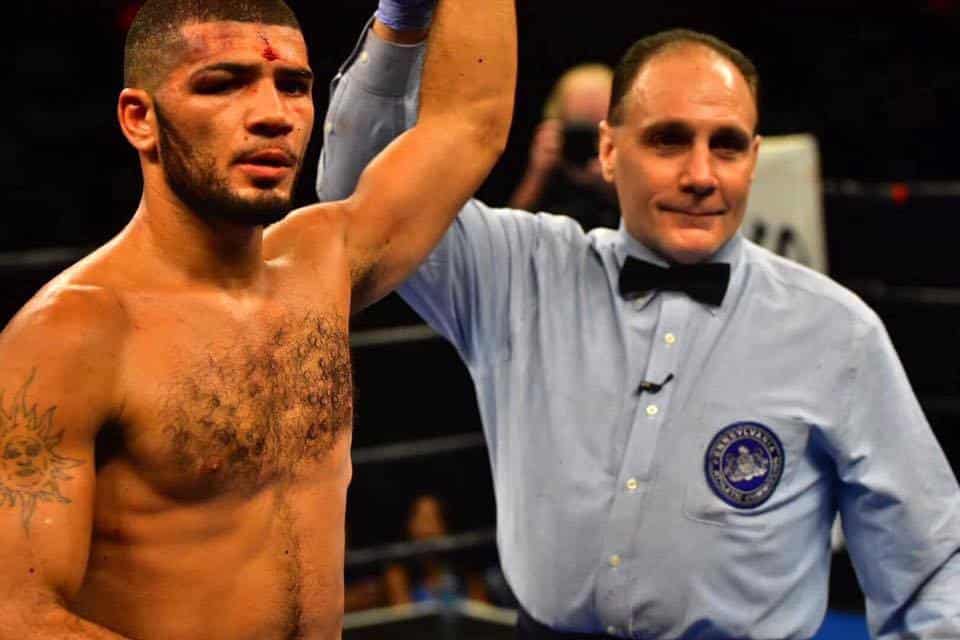 Yurik Mamadov, 27, is a professional boxer of Yazidi origin raised in France.

Growing up, Mamadov learned to box as a way to survive the streets. In an interview with Brooklyn Fights, Mamadov said, “The French people were tough on us because we didn’t speak their language originally.”

Mamadov is an associate producer of a film titled Three Days in the Hole about a Yazidi girl captured by ISIS who fights to escape her captors.

Mamadov told Rabwah times that he plans to one day open a boxing academy for Yazidis. 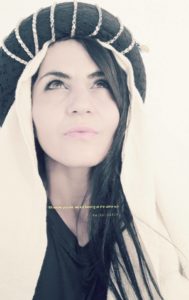 Narin Ezidi, 35, is a Yazidi. She left Iraq at age 8, in 1990, fleeing Saddam Hussein’s dictatorship. After a dangerous journey with little food and water, she and her family arrived at a refugee camp in Turkey. They eventually made their way to Canada, where Ezidi grew up. She now lives in Mexico.

A painter, two of Ezidi’s most prolific works depict the current situation of Yazidi women.

One painting is called “19 Mysterious Butterflies.” The subjects are 19 Yazidi women and girls who ISIS burned to death in a cage in 2016.

Another painting is titled “Justice for Yazidis”

Ezidi said, “Every person is different. Art for me is like what God wants us to see. Art speaks every language but only in truth. Sometimes, every person needs to see more than words. For example, my paintings are all piece of evidence, a documentary based on my religion, history, and a new life stories will have to be seen instead of hidden. Yazidism will always be in my art.” 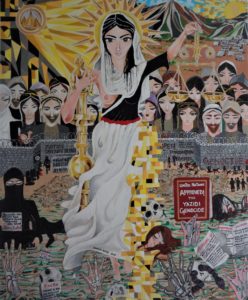 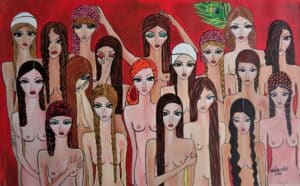 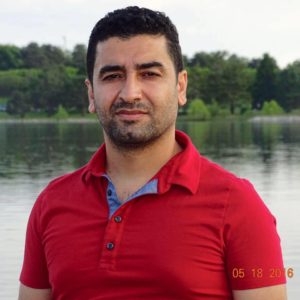 Hatim Ido, 27, is the logistics chairman of Yazda, the world’s most prominent Yazidi organization.

Ido moved from Iraq to the US to work for the US army. He now lives in Lincoln, Nebraska.

Ido said, “My goal in Yazda is to serve people in need until they live in better conditions with dignity.”