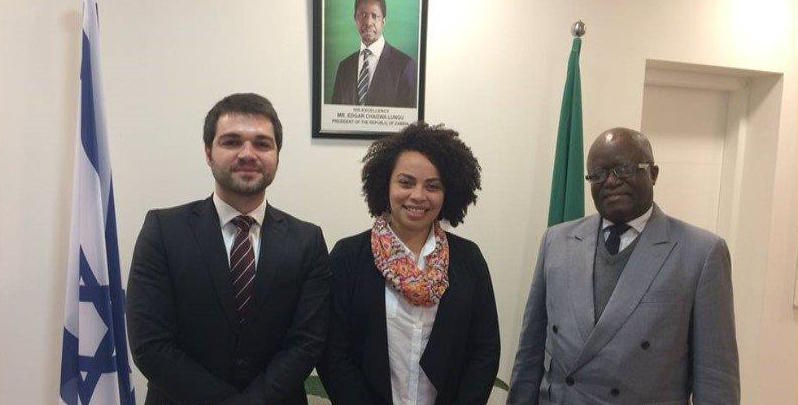 Rasha Atamny has become the first Muslim woman to be appointed as an Israeli Diplomat.

According to The Times of Israel, The Israeli Foreign Ministry appointed Rasha Atamny to represent the Jewish state in Ankara, Turkey, making her Israel’s first female Muslim diplomat.

31-year-old Atamny is currently completing the Israeli Foreign Ministry’s cadet course, and will serve as the first secretary in the Israeli Embassy in Ankara.

“I believe in peace because I believe that people can make a positive difference in the world, and I want to be part of the change. So I started by choosing to join the Foreign Ministry cadets course.” said Atamny in a blog post.

Atamny hails from the predominantly Arab town of Baqa al-Gharbiya in central Israel but She will not be the first female Arab-Israeli diplomat. Christian-Arab Rania Jubran, the daughter of Supreme Court Justice Salim Jubran, worked for the ministry from 2006 to 2009, but left shortly before she was due to be sent to Cairo.

Atamny, who studied psychology at the Hebrew University in Jerusalem, said in a blog (Hebrew) posted to the Foreign Ministry’s website that she honed her diplomatic skills in her collegiate Model UN club.

While in university, she wrote,”The concept of the ‘UN’ fascinated me. At the time I did not know too much about the organization, but I did know that I, a girl who grew up in Baqa al-Gharbiya and experienced the Israeli-Palestinian and Arab-Jewish conflict in the flesh, believed and still believe in peace between nations of the world.”

One year after joining the Model UN club, Atamny applied for and was accepted to represent Israel at the actual UN in New York City as a youth ambassador for three months.