Islamization of Nigeria: A Journey from Fact to Fiction

Religion is a key tool for spreading peace as it does not only instills moral teachings but also ensures its practical application through prophets and religious clerics serving as models. That is the core reason while the publication by Nigerian Christian Elders Forum, NCEF alleging the President attempting to Islamize Nigeria baffles every fair minded individual as the accusations are far from true. This piece will objectively examine issues raised to remove the misstatements to help stop tension and restlessness the said publication might have caused.

NCEF alleged that eight Christians were killed in the Zamfara massacre which is very far from reality. While the killings remain a barbaric, heartless and ruthless act, the truth is that no Christian was killed not even the alleged blasphemer. On the contrary, the blasphemer was rescued by a Muslim, Tajudeen while the Muslim sympathetic family became casualties of the Touts. If these people were out for a religious cause, then why should they kill their fellow brothers? The response of President promising to ensure the culprits face the wrath of the law was sufficient enough not to give room for the kind of allegations NCEF made.

In regard to the arrest of Joe Chinakwe by Police, The Assistant Inspector General of Police cleared the air in regard to this issue saying that the reason Chinakwe was arrested was not just because he named his dog Buhari but went ahead to inscribed the name on both sides of the dog and then went ahead to parade it in a Hausa dominated area, an act capable of creating societal unrest just like the case of the student in Talata, Zamfara above. Although he also said that the issue has nothing to do with President as it was the neighbor whom he was trying to incite, who afterward reported the incident. However one cannot sincerely ignore the fact that Muslim Northerners would not be happy for such an act and doing such in a society like Nigeria, where tribal, communal and religious crisis continue to account for several civil and societal unrest is definitely worth checking.

The NGO regulatory bill presented before the House of Representatives is not a secret, not its genesis let alone its revelation. The bill which is being sponsored by Representative Umar Buba Jibril, Deputy House Leader, and a Muslim. This bill started in this legislative era neither with this very honorable member of the house. The bill was initially sponsored and presented in 2014 by Representative Eddie Mbadiwe from Imo in 2014 but could not pass the legislative test and hence was later dropped. It is unfortunate that NCEF was very much alive and active then but there was no outcry then, well maybe because the person that sponsored the bill then was a Christian and the President was equally a Christian and more importantly, the then CAN president was a shadow Government appointee taking a substantial share of the national cake. The case where the private jet of the then CAN president was used to fly billions of dollars to South African remains a fact history will always remember. So I thereby appeal to CAN and its arm, NCEF to go beyond with partisan politics and do away with the vehicle of insincerity that may result to humiliating the good work of Evangelism and Gospel for which Christ stood.

The case of Fulani herdsmen is one of many tribal and communal clashes Nigeria has been dealing with in the recent decade, Attributing the issue to the current leadership alone will not just be a great injustice but it will also take us from fact to fiction. During the leadership of Chief Olusegun Obasanjo, and Dr. Goodluck Ebele Jonathan, no one ever ascribed this kind of meaning to it may be because they were both Christians. I agree that the president should step up his action in relation to the issue of Fulani herdsmen just like he needs do in other areas such as Economy, Education, Health and so on. But not because it is an issue that emerged as Nigeria elected President that aims to Islamize the country. 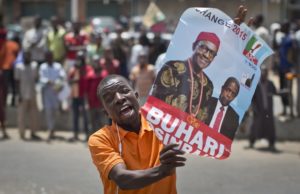 It is very disheartening that NCEF still fails to appreciate both the cordial relationship and confidence that exists between the President and his VicePresident, one that remains a model in modern Nigerian politics. On the contrarily, the President was being alleged to have dominated the National Security Council with Muslims forgetting that former President did a similar thing in favor of Christians at both the security and economic council. During the tenure of Dr. Goodluck Ebele Jonathan, Chief of Defense staff-Alex Badeh, Chief of Air staff-Nunayon Amosu, Chief of Army staff-Azubuike Ihejirika, Chief of Naval staff-D J Ezeoba and later U O jibrin, Minister of Interior-Patrick Abba Moro, Inspector General of Police-Solomon Arase, DG DSS Ita Ekpeyong were all Christians. Neither CAN nor NCEF raised any alarm then but now that the table seems to have turned around they want the President to be crucified. 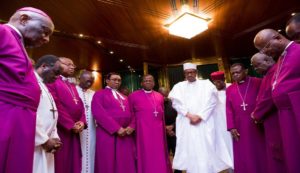 NCEF equally stated that the body disagreed with Sultan of Sokoto on the description of Nigeria as a multi-religious state. The body cited section 10 of the constitution that the Federation or a State shall not adopt any religion as a State Religion. I do not see any conflict between the description of Nigeria as a multi-religious country by his eminence, the Sultan of Sokoto and the provision of section 10. His observation is a very fact that is obvious; a typical example is the call and allegation of this body that the Muslims dominate the NSC. If Nigeria is not a multi-religious country then why should NCEF made the call that was made? The provision of section 10 is that the Federation or any of the State of the country should not be governed and guided by the explicit provisions of any religion which still does not change the facts that Nigerians belong to various religions.

Our attempt in this piece is to objectively examine issues raised by NCEF to enlighten the fair-minded Nigerians and gets rid of our society of possible hatred and malice which the misinformation could have generated. We consider it as part of our responsibilities to do everything morally needful to establish and sustain the societal peace as a basis for a better Nigeria we all yearn for. One of the prolific writer of the twentieth century was His Holiness Mirza Tahir Ahmad (ra) who categorically stated that religion and politics are two different things and should not be mixed together as he wrote in one of his books that ‘… religion is not politics and its adherents do not make up political parties.’ He thereafter explained that the essence of religion ‘is a metamorphosis of the heart’. That religion is a weapon or pathway to bring about positive change in human mind for the establishment, maintenance and sustenance of both personal and societal peace.

It is in view of the above I call on Christian Association of Nigeria, all its arms and all religious bodies to disregard partisan politics and focus on helping man attain high moral values and principles which are major tools we need to cleanse our society from ills of all forms including corruption, hatred, jealousy and selfish interests among other things.