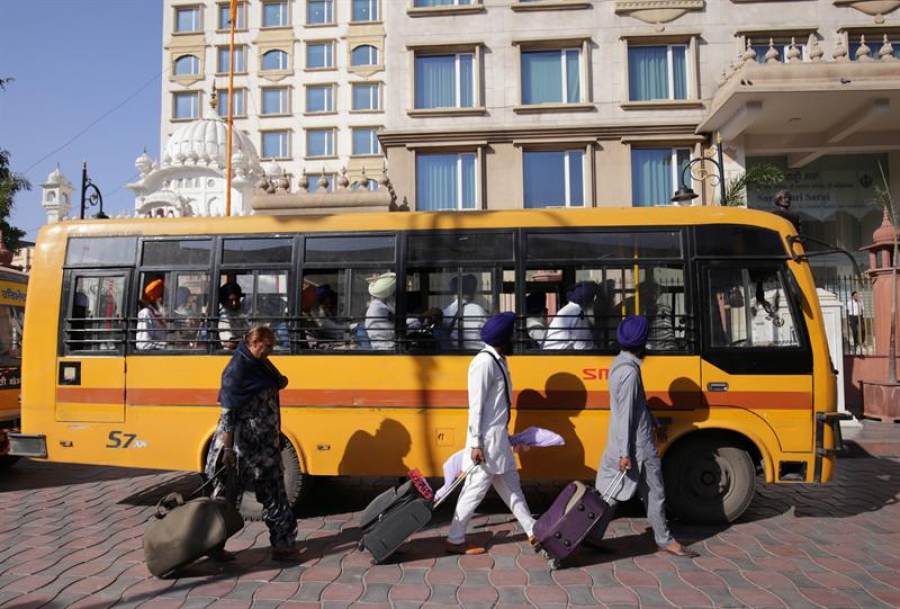 The smell of fried bread, sweets and curries wafted from the community kitchen of the Golden Temple in Amritsar, in the north Indian state of Punjab, as a group of around a hundred Sikhs waited for breakfast on Thursday before traveling to Pakistan for an annual pilgrimage.

After breakfast, the pilgrims sat with their suitcases and duffel bags outside the office of the Shiromani Gurdwara Prabandhak Committee, which oversees Sikh temples in the country, as they waited to board buses to the Attari railway station, an epa journalist reports. 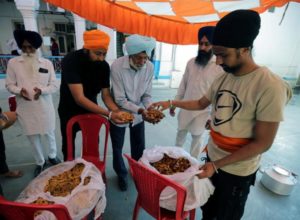 From there, they will board a specially commissioned train to Pakistan to visit the birthplace of the founder of Sikhism, Guru Nanak.

The pilgrimage coincides with the Vaisakhi festival, which marks the beginning of the Sikh new year.

Epa’s man on the ground reported an air of excitement and jubilation among the pilgrims ahead of a journey which is to be considered one of the most important in Sikhism.

More followers from across the state and rest of the country were expected to travel to the railway station to board the special trains to Pakistan. 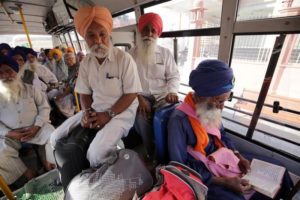 As well as its religious significance, the pilgrimage is also one of the most challenging, due to the temple’s location in Pakistan; the ongoing conflict between India and its neighbor over the disputed nearby region of Kashmir means that visas are not granted easily.

Up to 2,000 Indian pilgrims – whose applications were filed by the Delhi Gurdwara Management Committee and Shiromani Gurdwara Parbandhak Committee – have reportedly been allowed to travel to Pakistan this year.

Once the pilgrims reach Lahore’s Wahga Railway Station, they will be taken to visit the Hasan Abdal Panja Sahib Gurdwara, under strict security.

India and Pakistan, who for decades have clashed over the sovereignty of Kashmir, which is divided between the two countries into separately administered regions, signed a bilateral agreement in the 1970s to allow citizens of each country to visit religious shrines. 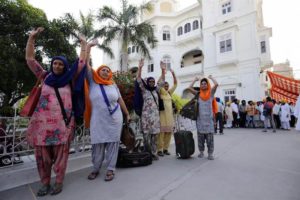 Known as “pilgrim visas”, they are single entry permits given only to a group of pilgrims wanting to visit religious sites in either country.

Vaisakhi will be celebrated on Saturday in India – and all over the world where there is a significant Sikh diaspora – with visits to places of worship, known as “gurdwaras”, colorful religious processions and other traditional performances.