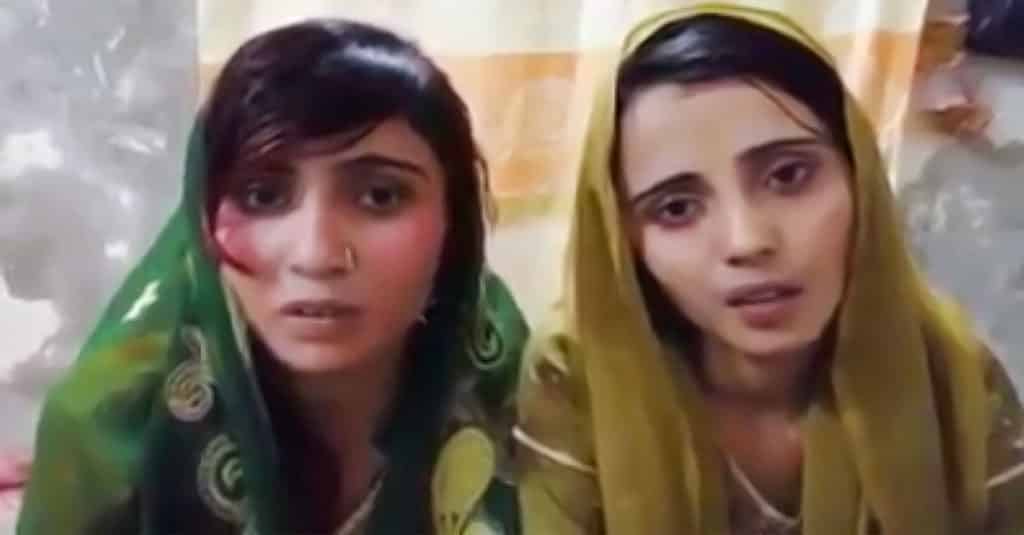 On Wednesday two teenage Hindu sisters were abducted by unknown men as the local Hindu community celebrated the festival of Holi.

14 year old Reena Kumari & 16 year old Raveena Kumari were abducted from the town of Daharki in Pakistan’s southern province of Sindh. Daherki Distt. The local Hindu population of the district took to the streets and blocked the local highway protesting the abduction. The girls family claimed that the that sisters had been abducted by people from the Kohbar and Malik tribes on the eve of Holi.

Hindu leaders protesting the abduction said the Police had refused to help, he said:

“We approached the police to lodge a first information report (FIR) but all in vain,”

The incident took a strange turn after a video uploaded on social media appeared to show the girls converting to Islam. The sisters appear to be visibly distressed in the video and rights activists have claimed that this is another case of forced conversion and abduction, which are becoming increasingly common in the southern region of Sindh.

Hindu community leader Mukhi Shiv Menghwar said that “it was not free will and the girls were in fact kidnapped and forcibly converted”.