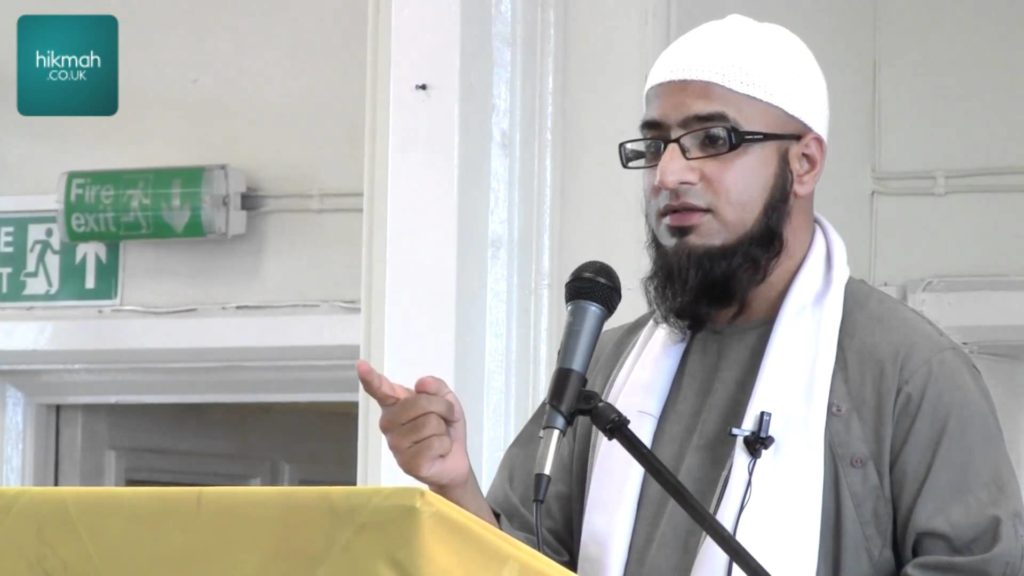 On April 6, Muhammad ibn Adam Al-Kawthari, a British cleric from the Deobandi movement, a hardline South Asian Islamic sect, will commence a three-day speaking tour, speaking at five mosques in New York and New Jersey, as well as at St Johns University in Queens. His most widely-advertised lecture, at the Quba Institute in New York on April 7, is titled ‘Women’s Rights in Marriage.’ The hosts call on their audience to come along and “stand up against domestic violence.” But, with a dark irony so often a feature of Islamist events in the West, the cleric invited to give the talk on the dangers of domestic violence has previously justified domestic abuse.

Kawthari has written that a husband may hit his wife if she is “slanderous or violates Islamic rulings,” as long as it is a last resort and “a light blow that leaves no mark.” In addition, he has declared that women should not leave the home, may not refuse their husbands’ demands for sex, and should be stoned to death if they commit adultery.

Such views were likely inculcated at Darul Uloom al Arabiya al Islamiya, a seminary in the city of Bury in England where Kawthari studied. It is perhaps the most prominent Deobandi institution outside of South Asia. In 2016, The Times reported that the Darul Uloom “preaches contempt for non-Muslims and warns of the ‘repulsive qualities’ of Christian and Jewish women.” 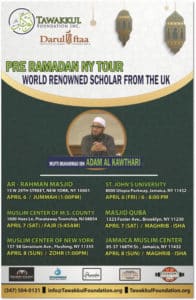 After graduating from the Darul Uloom, Kawthari studied further under Taqi Usmani, one of the world’s leading Deobandi clerics. Shortly after the 9/11 attacks, Usmani issued a fatwa proclaiming that “jihad” was “obligatory” against Western troops in Afghanistan. This teaching evidently appealed to Kawthari, who has ruled that jihad in places such as Chechnya and Kashmir is compulsory for Muslims.

Kawthari’s other fatwas and lectures are similarly extreme. He advocates chopping off thieves’ hands, and warns Muslims against befriending Jews and Christians, citing religious texts that command: “Do not commence by greeting the Christians and Jews with Salam. If you meet one of them on a pathway, force them to walk on the side.” In 2014, the East London Mosque – considered by mainstream British journalists to be one of the most radical mosques in Europe – even banned Kawthari from speaking at its events.

Meanwhile, the Quba Institute in New York is not a well-meaning institution inadvertently entangled in this extremist web. It is a key component, in fact, of the international Deobandi network. Quba’s website openly lists its “patron” as Shaykh Ul Hadith Abdul Raheem Limbada, a senior lecturer at the Darul Uloom in Bury. Limbada writes of his despair at seeing Muslim women with their faces uncovered, incites hatred against Shia Muslims, and calls on his followers to boycott Hollywood because: “Of the 60 senior executives of the major Hollywood studios, trade unions, and talent agencies, 50 are Jews or have Jewish spouses. That’s 83%. Jews are among the founders and CEO’s of major film houses, advertising agencies, news agencies and media of all forms. … Boycott this intellectual assault.”

Much like better-known Islamist networks in America such as the Muslim Brotherhood, many Deobandi groups have embraced the art of shrouding their extremism in the language of liberalism and human rights. But it is a thin veil indeed. For Kawthari and his hosts, women’s “rights” are in fact women’s obligations. And “standing up against domestic violence” appears to be nothing more than determining the extent of its practice.

Deobandi Islam has a powerful presence in America, operating dozens of mosques, schools and seminaries across the country. But few know of its existence. It’s about time this powerful, global extremist network was scrutinized more closely.  Sam Westrop is the Director of Islamist Watch, a project of the Middle East Forum