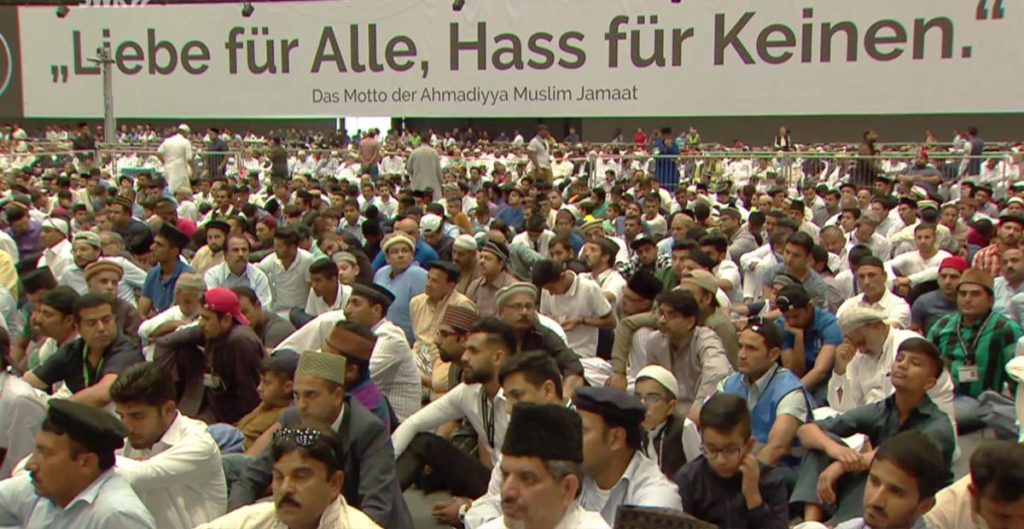 Karlsruhe, a German city close to the French border is hosting Germany’s largest annual Islamic convention this weekend. Over 35,000 Muslims are expected to attend the Jalsa Salana, the 41st annual convention of Germany’s Ahmadiyya Muslim Community.

Thousands of Muslims have traveled from all over Europe to hear the keynote speaker, The Khalifa of Islam, His Holiness Mirza Masroor Ahmad. Ahead of the convention, the Khalifa laid the foundation of two Mosques, One in the German town of Frankenthal and other in Pfungstadt.

The three-day gathering is being held under increased Police presence due to the rise in anti-Islam protests across Germany. The community has faced opposition from the right-wing AfD party, against the construction of Mosques in Dresden, Leipzig and Erfurt.

Organizers say they want to present Islam as a religion of peace and send out a clear message that Muslims stand against all forms of extremism. In addition, show how Muslims have peacefully integrated into German society and are proud to call Germany their home.

Since 2013, the Ahmadiyya community in Hessen has been recognized as a “public corporation” a status similar to the Christian churches. The community has over 50 mosques across Germany.