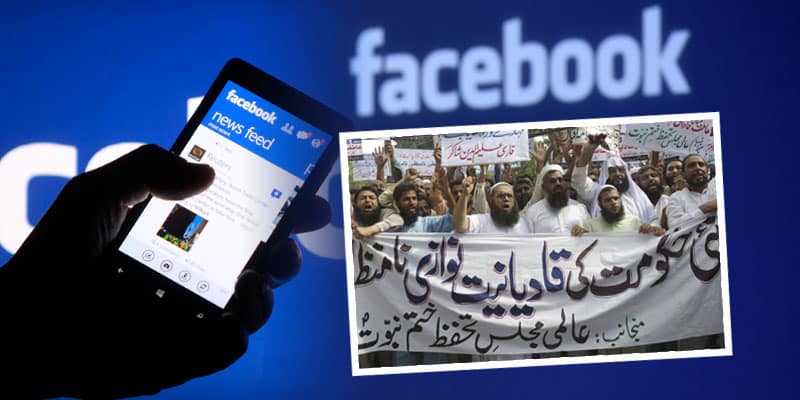 Facebook said on Wednesday that it has removed a profile frame targeting Pakistan’s long-persecuted Ahmadi community as the media giant continues to grapple with the proliferation of hate speech on the social network.

Profile frames are filters Facebook users can add to their pictures that often promote a cause, celebrate a holiday, or commemorate an event or tragedy.

The frame withdrawn by Facebook called for the death of the Ahmadis in Urdu and was widely shared in Pakistan.

“We have removed the Profile Frames in question for violating our rules, and have ensured that they’re unavailable for future use,” a Facebook spokesman told AFP via e-mail.

“We do not tolerate any content – including anything shared within Profile Frames – that incites violence, and we remove this content whenever we become aware of it.”

The frame was extensively used by Pakistani Facebook users after US President Donald Trump met several leading members of persecuted religious groups in the White House earlier this month, including a representative from Pakistan’s Ahmadi community.

Ahmadis were legally declared non-Muslims in Pakistan decades ago for their belief in a prophet after Mohammed, and have long been persecuted and widely hated in the deeply conservative country.

Hardline Islamic scholars denounce the Ahmadis as heretics and the group has been the target of violence and threats by leading politicians in Pakistan over the years.

Facebook disabled 2.19 billion accounts in the first quarter of this year, nearly double the number of accounts nixed in the prior three-month period.

The social network took down four million posts considered hate speech in the first quarter of this year and continues to invest in technology to better detect such material in various languages and regions.

However Facebook has been battered by criticism that it was more focused on growth than protecting users or thwarting deception, bullying, and harassment.