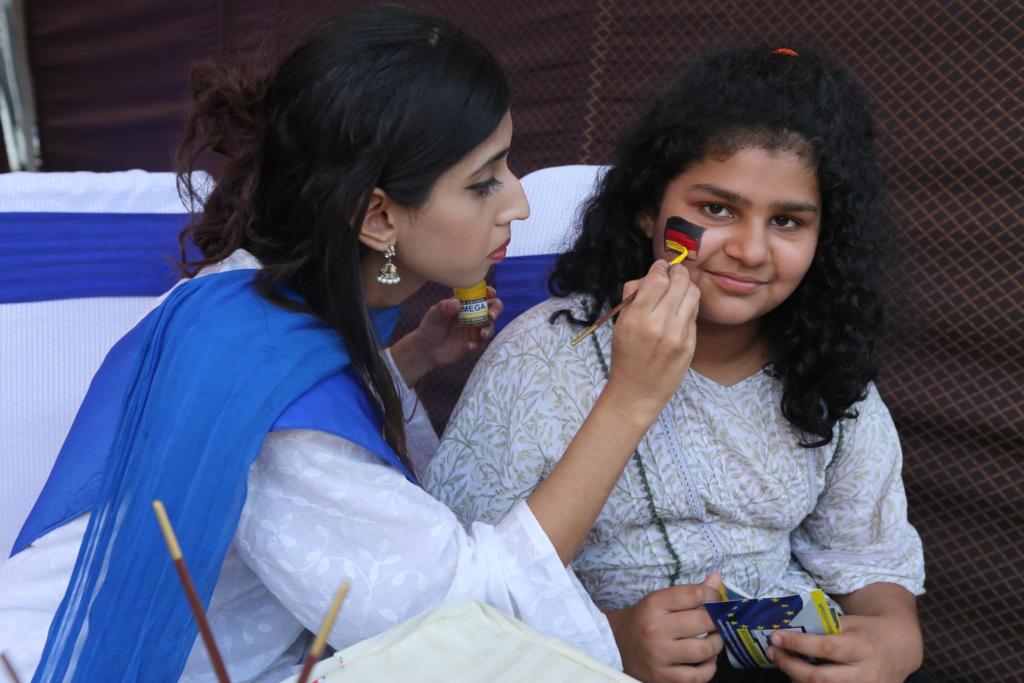 The European Union delegation celebrated its first Europe Day celebrations in Pakistan by arranging a mini ‘Euro Village’ in the capital city of Islamabad. The event was led by EU’s envoy to Pakistan Jean-Francois Cautain.

The family friendly event was held on May 6th at the Lok Virsa Heritage Museum and highlighted the diverse cultures of the European Union Member States through food, musical performances, and art exhibits. It was organized to raise awareness about the different cultural traditions of EU member states and the European Union’s activities in Pakistan.

Ambassador Jeannette Seppen awaits you at the Holland stall of #EuroVillagePK. Visit us at 4pm today to explore the Dutch food and culture!

Posted by Embassy of the Netherlands in Pakistan on Saturday, May 6, 2017