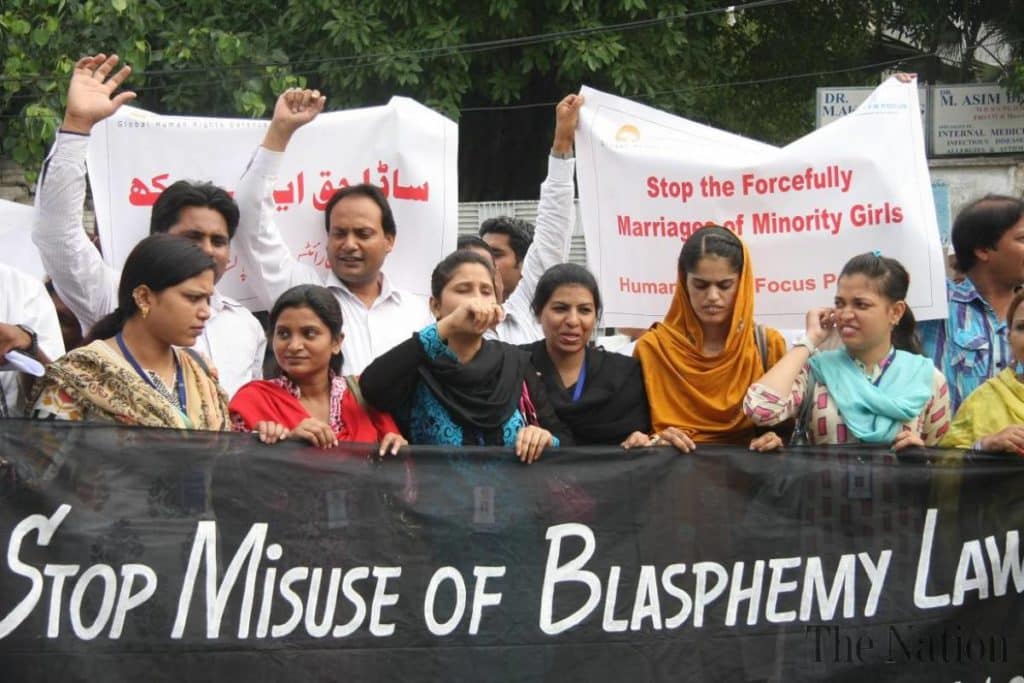 A 30-year-old Christian woman, known for singing Gospel hymns in Urdu, has been charged with blasphemy after a mob surrounded the Police station.

On January 28, Tabitha Nazir Gill was beaten up by staff at Sobhraj Maternity Hospital in Karachi where she had been working as a nurse for the past nine years. According to International Christian Concern, the head nurse at Sobhraj Maternity Hospital issued orders that medical staff may not receive tips or deal with money from patients. Gill reportedly reminded a Muslim coworker of these orders when she saw the coworker collect money from a patient. In response, the Muslim coworker falsely accused Gill of committing blasphemy and incited violence against her colleague. Videos of hospital staff beating Gill surfaced on social media and Gill was reportedly tied up with ropes, tortured, and locked in a room before being taken into police custody.

In Pakistan, false accusations of blasphemy are widespread and often motivated by personal vendettas or religious hatred. Accusations are highly inflammatory and have the potential to spark mob lynchings, vigilante murders, and mass protests.

Since Pakistan added Section 295-B and 295-C to the country’s blasphemy laws in 1987, the number of blasphemy accusations have skyrocketed.

Blasphemy accused Tabeeta Nazir Gill is beaten up by a mob of staff members at the Sobhraj Maternity hospital: pic.twitter.com/vPQHB0ONgD