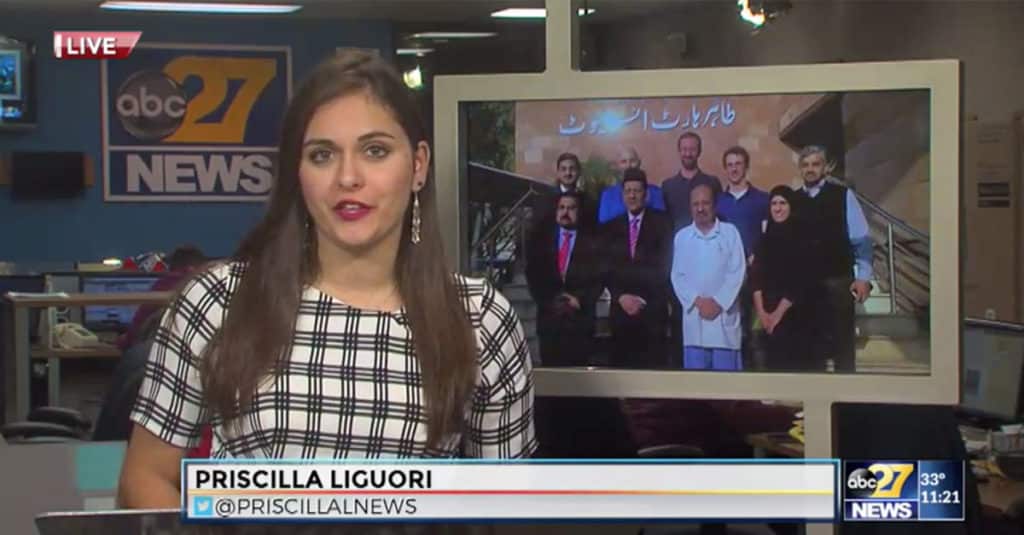 A Team of American health care professionals lead by two doctors have shared their experience of volunteering at a hospital in Pakistan. The cardiac team spent nine days from their holiday time to volunteer at the Tahir Heart Institute in Rabwah, Pakistan.

The team helped perform 13 hearts operations, including two minimally invasive valve replacements, which were the first surgeries of that kind done in the country. University of Pittsburgh Medical Center helped with travel expenses, and Humanity First Pakistan covered the team’s accommodation in Pakistan.

Mark Moquin, a cardiac surgery physician assistant who was part of the team said:

“I think what really struck me the most…[were] things we take for granted ….Basic health care, access to clean water…is something that a large portion of the population doesn’t have access to.”

“Families would cry and we would get to see them before surgery and we would cry with them,…..It was so rewarding to see that and actually feel that we were doing good.” said Cathy Drenning, a certified surgical technologist who was also part of the team.

The cardiac team was led by Dr. Mubashir Mumtaz who was born in Pakistan, and has been serving patients on mission trips there for years. This was the first time he brought along five members of his staff, and another doctor from New York.