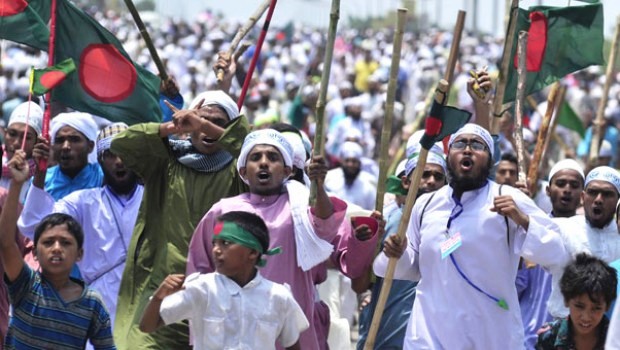 22 people have been injured in a mob attack on an Ahmadiyya Mosque in Bangladesh.

According to a report by the Daily Star, a group of 70-80 people from another mosque attacked the Ahmadiyya mosque following Friday prayers. Both of the Mosques are located in the Madarganj Upazila of Jamalpur district, a locality in the north of Bangladesh.

Shahidul Islam, the local president of the Madarganj Upazila area, said he had donated his land for the building of an Ahmadi Mosque.

We were in the process of inaugurating the Mosque on Friday when suddenly a group of people attacked us, said Shahidul, also a resident of the village.

Guests of the inauguration ceremony which included SM Asaduzzaman Razib, an Ahmadiyya imam of Hosnabad village, and Faridul Islam, president of the local Ahmadi community also got injured during the attack.

Imam Razib claimed that the attack was carried out under the orders of Monirul Islam Monir, a religious affairs secretary of the upazila unit of Awami League. He said the

“Soon after the attack, villagers rushed to the scene and rescued the victims from further voilence” He added that he reported the attack to the local police over the phone.

On information, police rushed to the spot and took the people of the community to the police station on security grounds, said Rafiqul Islam, officer-in-charge (OC) of Madarganj police.

Officer Islam said that Monirul and his group were asked to come down to the police station.

The issues were settled there after both sides agreed that they would refrain from any untoward incident in future, added the OC.

Meanwhile, Ahmadiyya Muslim Jama’at expressed its concern over the attack saying that the attack was a part of an ill attempt to turn the country a ‘fundamentalist and militant’ one.

In a statement, it said a vested quarter is trying to make chaotic situation ahead of the national elections. It also feared the recurrence of such incidents in future.

The community demanded that the authorities concerned take measures to bring perpetrators of the incidents to justice.