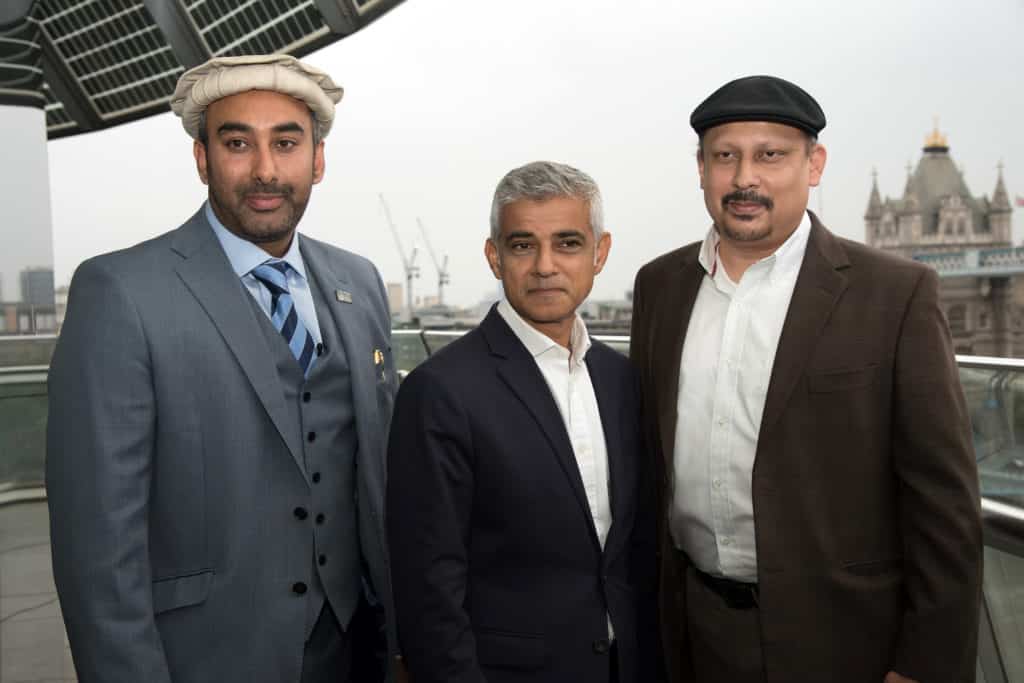 The event took place at London’s City Hall on Thursday 6th September and was hosted by Britain’s largest Muslim youth group, the Ahmadiyya Muslim Youth Association (AMYA). The Mayor of London, Sadiq Khan presented cheques of over £1 million to charities. The funds were raised by AMYA over the past year as part of its ‘Mercy for Mankind’ initiative.

The initiative involved thousands of young Muslims taking part in local, regional and national fundraiser events to raise money for charities such as The British Red Cross, Royal British Legion and Save the Children. The funds also went to numerous regional charities across the country.

Speaking at the event, Mayor of London, Sadiq Khan said:

“I am delighted and proud that these fantastic young Londoners have raised more than £1m this year for charity. London is a place where we celebrate, cherish and embrace our diversity and I want to thank the Ahmadiyya Muslim Youth Association for their role in helping us build a more open and inclusive society.”

The Ahmadiyya Muslim Youth Group has a membership of an estimated 7,500 members across Britain and its central purpose is to “serve society at large, regardless of faith, ethnicity or gender.”

“The group chose the title ‘Mercy for Mankind’ to portray a peaceful character and life of the Prophet Muhammad (peace be upon him), whom the group takes inspiration from.

We are delighted that the Mayor of London is recognizing the work of so many young British Muslims, just as he has done with other parts of British society.

Sadly, many people have projected their ignorance and hatred for Islam and Muslims onto Sadiq Khan. In our opinion, there is no better way to counter hatred of Muslims and our religion than to work tirelessly to help our fellow Brits for the sake of Allah.”

Member of AMYA have volunteer all year around in various activities. To date they have donated more than 6000 pints of blood which has saved an estimated 18,000 lives. The association also planted over 200,000 trees across Britain and has distributed 60,000 food packs to the homeless as part of their nationwide weekly homeless feeding drive. In addition the youth have also been regularly visiting the elderly with over 1,000 visits having taken place in care homes and children’s hospitals around the country.

Proud to recognise the efforts of the young people from the Ahmadiyya Muslim Youth Association.They’ve raised an…

Posted by Mayor of London on Thursday, September 6, 2018